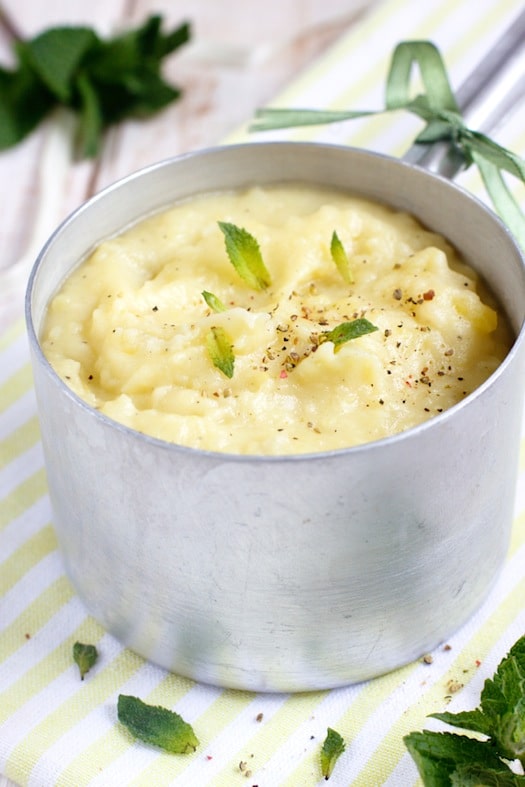 The only thing that can make a garlic mashed potatoes recipe better is rosemary. Oh, and bacon (because doesn’t bacon turn everything up to eleven?). Other greens do a bang-up job transforming mashed potatoes as well.

I love bacon. For health reasons I try not to eat it often, but occasionally I’ll make a recipe that requires bacon and I’ll find half a pound of the stuff sitting in my freezer, just begging to be used. This weekend my husband mentioned bacon five or six times, which I finally realized was a covert request for the porky stuff. And who am I to deprive him? If I have to eat bacon to save my marriage, it’s a sacrifice I’m willing to make. ;)

So I had this package of bacon, but no chicken breast to wrap. What to do? I ended up doing all sorts of lovely things with it, which will probably make up the bulk of my blog posts for the next week or two.

Turns out, just about anything pairs well with bacon. I mean, seriously – the Vosges bacon candy bar is always sold out when I look for it. After a little thought, I came up with something wonderfully basic that would let the bacon shine: a garlic mashed potatoes recipe.

This recipe makes a great breakfast or dinner side, and can easily be turned into patties and fried up for bacon-potato pancakes. I like my mashed potatoes a little on the tart/sour size, but if you don’t, feel free to use an equal amount of cream cheese instead of plain yogurt. Also, be careful how much you salt these, as bacon (even the uncured stuff) will have a high salt content that you should be conscious of. 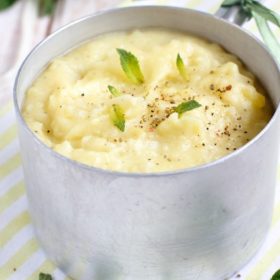