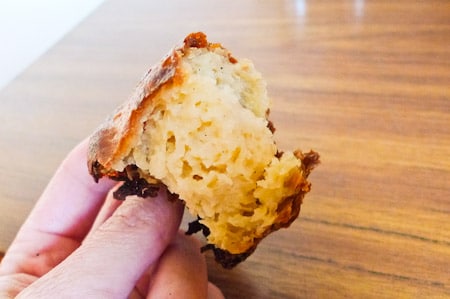 A few weeks ago, I shared my experience with Baillardran, a chain a shops in France that specialize in mass-produced canelés de Bordeaux. Since then, I’ve gotten many emails asking for the recipe that came with the copper cannelé molds I bought that day. I hunted all over the internet to find a copy of the recipe to link to, but it was nowhere to be found. After a quick call to one of the Baillardran shops, I was told that they didn’t have a problem with me posting the recipe – so, here it is in all of its glory.

Note: I have not used or tested this recipe at all. The reason I’m posting it here is for posterity’s sake. One day I may make this particular recipe, and if I do, I’ll update this post. But until then, I want to say a few things before you dive in:

Also, here are the seasoning instructions that came with the Baillardran cannelé molds:

Before first use you have to cure (season) the canelé molds. Preheat your oven has 390°F (200°C). Grease molds with butter and bake for 1 hour. Take them out of the oven and lightly re-grease them. After each use, wipe clean with a soft rag and lightly re-grease. Do not wash with soap.’ 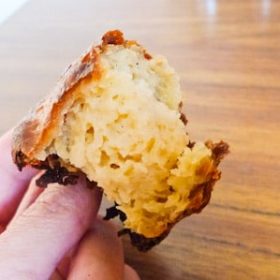 Cannelés are a finicky French pastry... that is, until you've made them a few times. Once you've got a few tries under your belt they're surprisingly easy to churn out. The key is that you HAVE to let the batter sit at least 24 hours -- ideally 48. If you bake the batter too early, your cannelés run the risk of baking into misshapen lumps. Also, make sure you don't overmix the batter! You don't want airy cannelés. They're supposed to be a little more dense, verging on custardy.
0 from 0 votes
Print Pin
Course: Dessert
Cuisine: French
Prep Time: 1 hour
Cook Time: 1 hour
Total Time: 2 hours
Servings: 20 Cannelés
Calories: 133kcal
Author: Stephanie Stiavetti

Cook and prep time to not include resting time.