Can you cook quinoa in a rice cooker? That’s an EXCELLENT question, and a fair one. The good news is you can cook almost any grain in rice cooker, including quinoa and any other whole grains you might be wanting to try. This trick makes cooking quinoa SUPER easy!

Cooking quinoa in rice cooker means you don’t have to worry about the water boiling over and making a huge mess on your stove. It also means perfectly fluffy quinoa every single time, without fail. It’s seriously the easiest way to cook quinoa and add more whole grains to your diet. 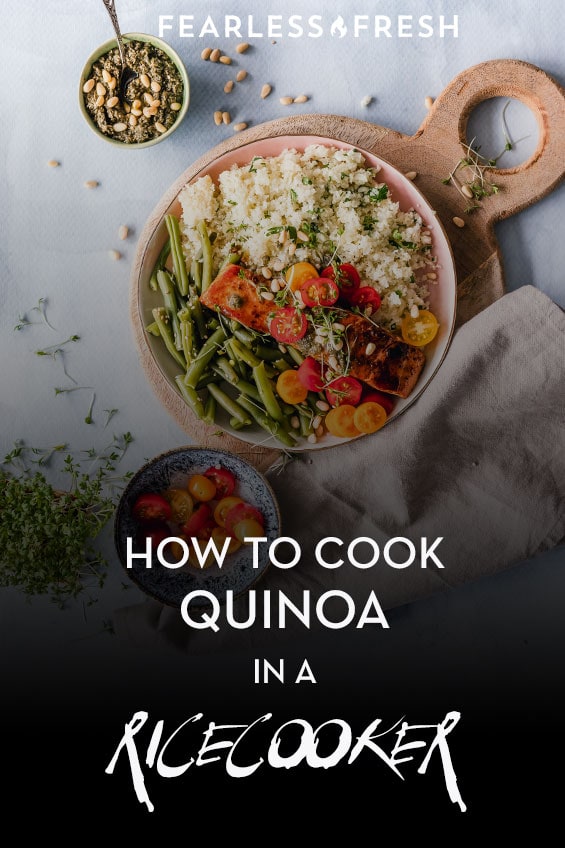 Quinoa is one of those super healthy foods that’s tasty and fast to prepare. A lot of folks get intimidated when they try to branch out past everyday grains like white rice (which is basically like a Snickers bar, as far as your pancreas is concerned). They look to quinoa for its nutty flavor and the fact that it’s high in amino acids.

Honestly, quinoa and brown rice are two of the healthiest grains you can buy for cheap at the grocery store.

Can you cook quinoa in a rice cooker?

But here’s the thing:

Most grains cook the same way rice does. So, there’s really no difference whether you’re making white rice, brown rice, quinoa, farro, or anything else. (Hell, you can even turn quinoa into a pudding, like rice pudding!)

The only thing that MIGHT change is the amount of time it takes to cook, but generally your rice cooker will worry about that for you. So if you’re wondering if you can cook rice in a rice cooker, the short answer is yes. But how?

How does your rice cooker know when the quinoa is done?

When you cook rice in a rice cooker, it usually work like this:
The cooker boils water, which never gets hotter than 212°F
The white rice absorbs the water and also stays at 212°F
When the water is absorbed by the rice, the rice begins to overcook
The rice gets hotter than 212°F
The rice cooker notices this via the sensor and turns off before the rice burns
Voila, perfect rice (assuming you’ve added enough water, otherwise if can get crunchy)

So, now that you know all of this, I can safely tell you that quinoa cooks the exact same way as rice. HUZZAH! That mean, yes, you CAN cook quinoa in a rice cooker. Woot! (And FYI, you can also make grains in the slow cooker, like this slow-cooker whole-grain porridge.

You can even substitute quinoa for other grains — a great example is cheesy quinoa recipe, in place of cheesy grits. So good!!

You can now use the grains for any quinoa recipe you like, like my curried quinoa salad with mango! 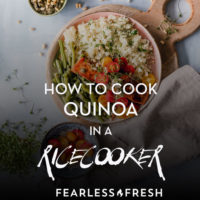 Can you cook quinoa in a rice cooker? Yes!