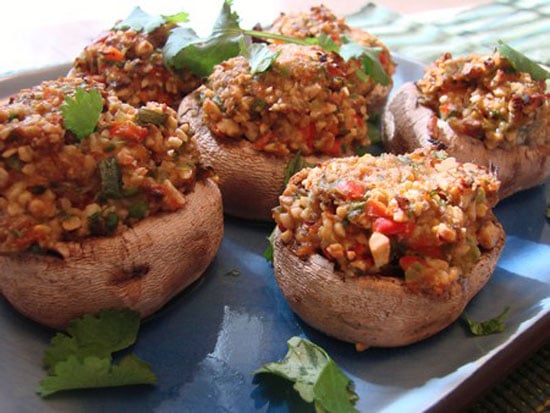 When it comes to vegan cashew stuffed mushrooms, all I have to say is “yum.” It’s not often that I’m able to tempt my omnivorous friends with vegan appetizers — like I am with this Mexican hummus dish — but when I brought these babies out, they were gone in less than ten minutes (while the meat plate sat sadly nearby, getting little attention).

Maybe it’s the salty-tart kick of the soy sauce and vinegar, or perhaps it’s the meaty flavor and solid crunch of the cashews. Whatever it is, these cashew stuffed mushrooms are terribly addicting and – wait for it – GOOD FOR YOU. Like, woah. There is not an ounce of “bad stuff” in these little guys, and you could quite seriously eat them all day and still feel really good about you food choices that day.

That’s saying a lot for a party appetizer, in a world dominated by Bagel Bites and Totino’s Pizza Rolls. 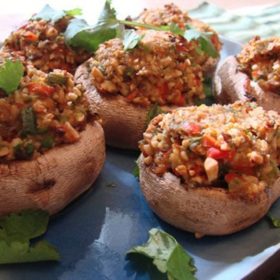 (image from the Utopian Kitchen, recipe from Vegetarians in Paradise)