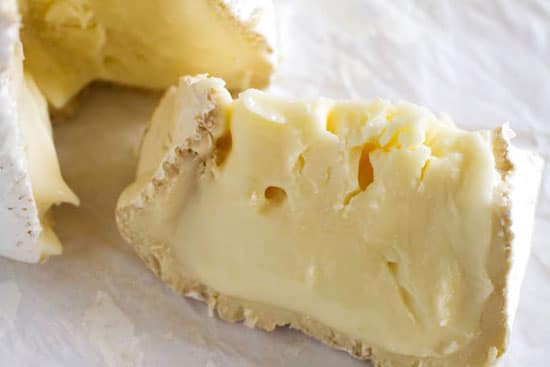 I’m excited to share a new cheese that I discovered recently: Lille’ Coulommiers.

This little ball of cheese is such a simple pleasure (a lot like this gorgeous winter cheese plate). I almost missed it, though. I taste so many complicated cheeses that hide their true intentions behind big personalities, and I sometimes find myself prodding more easygoing varieties for more attitude than they actually have. Where’s the spark? Where’s the drama? How can there be no ulterior motive?

Anyone who’s not into cheese might think I’m crazy to think so deeply about this sort of thing. But when you’re really passionate about good cheese, you might be surprised at all the stuff that comes to mind when you sit down and really focus when you taste something. If you’re interested in learning more about how to really savor cheese, here’s a super short post with three awesome tips to learning about cheese.

Unlike other artisan cheeses, Lille’ Coulommiers is forthright. It doesn’t conjure a show of smoke and mirrors, nor does it tempt you with one flavor just to bait and switch with another. I’m a big fan of all these qualities in a cheese; some of my favorite dairies produce mysterious cheeses with flavor profiles that you have to work at figuring out.

Vermont Farmstead has, however, produced a lovely little exercise in stepping back and being true to yourself (from the cheese’s point of view, anyways). 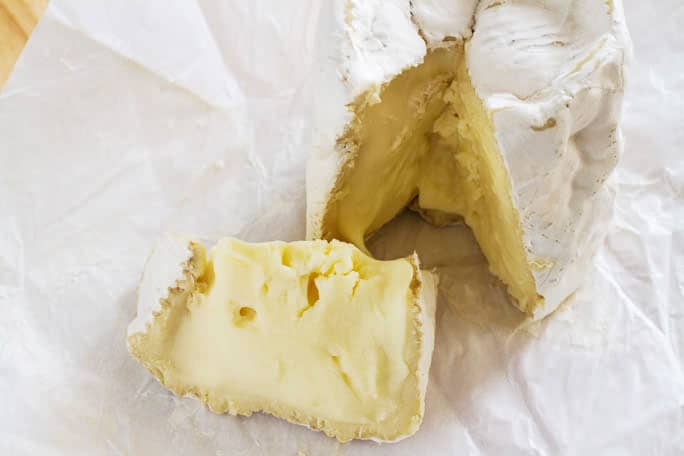 Mushroomy and buttery, with a touch of vegetal funk towards the end, Lille’ Coulommiers’ texture is pure velvet on your tongue. There’s a luxurious layer of cow’s milk fat here, but it’s not overpowering like some of the other creamy cheeses I’ve written about here. Lille’ is thicker than a brie and won’t run down your knife; instead it stays right where you put it, like an obedient kid, and waits patiently for your next move.

While Vermont Farmstead’s cheese makers claim French influence while creating Lille’ Coulommiers, my impression is that it’s somewhat American in its flavor, pushing more for a straightforward experience to the taster. It’s been a long time since I’ve had a cheese that I could just sit and eat on a plain cracker, without teasing out layers of nuance. Instead, I’m left with a pleasant creamy experience, a little barnyardy but not overly so, and a clean finish that leaves me wanting another bite to refresh the flavor on my palate.

I don’t know the last time I could just sit down and eat through a solid wedge of cheese, with nothing but a bowl of crackers and a little sea salt. Many cheeses are just too much for this endeavor. Lille’ Coulommiers, on the other hand, is a delightful silky treat, one that both cheese newbies and more advanced lovers of the cream will enjoy.

Want to learn more about cheese? This awesome cheese book is one of the best on the market, and then I wrote one myself, which is half mac & cheese book and half artisan cheese primer. You can’t beat that for a great combo!