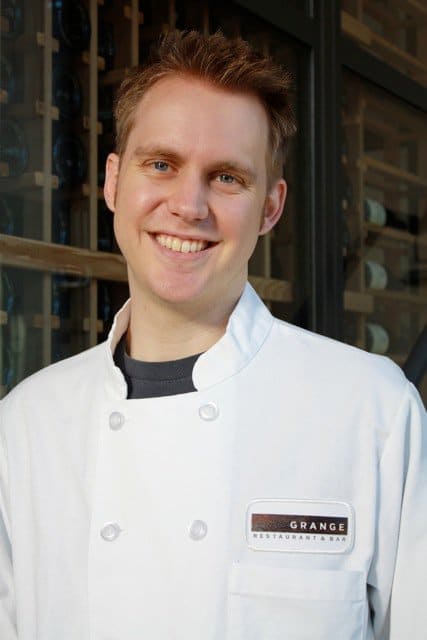 What’s the point of this series? In my work as a food writer and cooking teacher, I hear from so many people who are disgruntled while they’re learning how to cook. They see others successfully cranking out intense cooking projects, but their own recipes end in abject failure. That’s when they call me. They’re ready to throw in the towel and permanently brand themselves as lousy cooks.

The truth is this: Any skill is going to be tough in the early stages. In order to become seasoned cooks, we all have to pay our dues and cope with attempts that don’t work out. To prove that every single person struggles, even the pros, I’m interviewing professional food folks about their own cooking failures and intimidations. These are people who make their living cooking, who every single day put themselves out there, and still experience drama in the kitchen.

For the next installment of the Profession Fail Files, I’m stoked to speak with cookbook author, recipe developer, and pastry pro Garrett McCord, who’s also a close member of my chosen family. Below, Garrett shares some pretty awesome fails as both a pastry professional and intrepid home cook.

Honestly, grilling meat still intimidates me a bit. I don’t eat a lot of meat simply because vegetables are quicker and cheaper to prepare. That’s not to say I can’t truss a lamb or roast a turkey, but the grill is something I leave to my husband. Years of doing this have left me spooked of the grill.

I grilled chicken for the first time a few weeks ago. I learned I need to be way more generous with the oil as a chicken thigh or two glued themselves to the metal grate. Ugh. More practice is definitely needed.

When I was first training in a professional kitchen, caramel intimidated the hell out of me. I had done it a few times at home, but here I was doing a half gallon of dry caramel at a time (just sugar over heat, no liquid). And let me tell you that over a super-high heat professional burner, that much sugar goes from dark amber to smokey to black in seconds.

There were many times I burnt the caramel and the entire kitchen would reek of it, encouraging the playful mocking from the other staff. In response, my pastry chef made me make caramel every day, whether we needed it or not, until I got it pinned down. Now I can make caramel of any kind in any amount in my sleep. 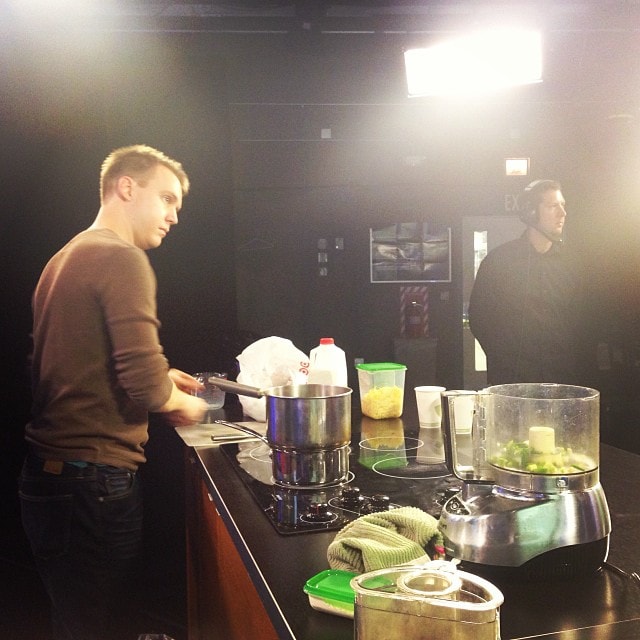 Garrett on the local Sac morning show, where we did our first TV appearance together.

I made a batch of ginger cookies for the restaurant and totally forgot to add the sugar. In the end we simply crumbled them up into ginger biscuit bread crumbs; tossed it with pepper, thyme and salt; toasted it all, and used them as a garnish on some glazed carrots. I learned that most failures in the kitchen can be re-worked into something else if you get creative.

“Most failures in the kitchen can be re-worked into something else if you get creative.” — Garrett McCord Click to Tweet!

Probably the cookbook you and I wrote together, Melt: the Art of Macaroni and Cheese. Then I recently wrote a nifty article for the Sacramento Bee about making homemade nut butters. It wasn’t a difficult set of recipes to develop by any means, but I was happy with the presentation and making the recipes approachable for the everyday cook.

If not a salad, I usually just make stir-fry or a frittata. They only require chopping up whatever meat and veggies I have around the house. The stir-fry ingredients go into a wok with oil, soy sauce, and some chiles, then get seared on crazy high heat until done. The fritatta ingredients just get covered with some whisked eggs and baked. Easy-peasy. I’m also totally not above hitting up the Mexican place near my house for nachos.

Honestly, just make the recipe that scares you. Will it be perfect? Probably not. Will it utterly fail? Well, there’s a chance. You have to accept that. But if you follow instructions and make sure you’re prepared before you start, the chances of anything catching fire and completely failing are very small. I recently tested a buckwheat scone recipe that had three failures before success on the fourth try. (The first two batches literally went into the trash.) Shit happens, but the more you cook the less you’ll stress. 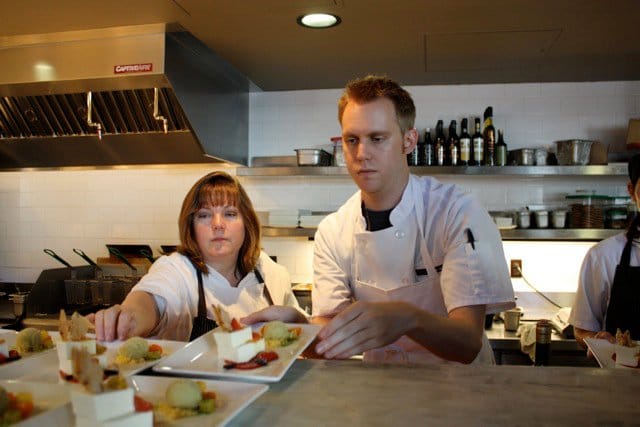 Previous Post: « Cheese 101: How to Understand the Differences Between Mass-Produced and Specialty Cheeses
Next Post: Fearless Cooking Club »