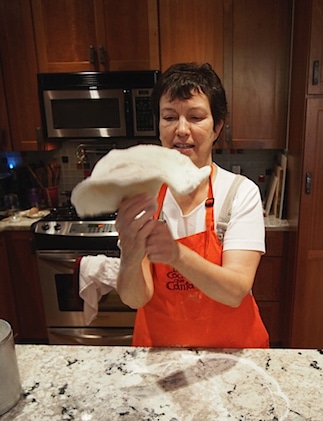 In my work as a food writer and cooking teacher, I hear from a lot of people who are learning how to cook – especially when they are mega-frustrated with their struggles in the kitchen. They see others whipping up gorgeous cooking projects, go out and buy a bunch of ingredients and supplies so they can try themselves, and then the project doesn’t turn out like they’d hoped. (Check out these epic cooking and baking fails… so hilarious.) That’s when they call me. They’re ready to throw in the towel and permanently brand themselves as lousy home cooks.

Their frustration makes total sense. No one wants to waste time and money on a cooking failure, and the shot to your self esteem – especially when you’re learning how to cook – seriously sucks. But the truth is this: Any skill is going to be tough in the early stages. In order to become seasoned cooks (lol) we have to pay our dues and deal with recipes that don’t work out.

Cooking fails will happen even after you’ve been sharpening your skills for years and years. That’s the big reason I started the Ninja Cooking Support Group, a community of both beginner and pro cooks where we answer questions and share our successes and fails.

To prove that every single person struggles with what to make for dinner tonight, even the pros, I’m starting a series where I interview professional food folks about their own cooking failures and intimidations. These are people who make their living cooking, who every single day put themselves out there, and still experience drama in the kitchen.

I’m talking about chefs, food writers, recipe developers, cookbook authors, and food scientists. Every single one of them has numerous stories of culinary woe to share. Some of them even make a career out of testing recipes that are likely to fail, with the goal of tweaking them until they work.

I’m kicking off the series with my dear friend and colleague Dianne Jacob. Dianne is the author of several cookbooks and the third edition of her award-winning work, Will Write for Food: The Complete Guide to Writing Cookbooks, Blogs, Reviews, Memoir, and More, is coming out this month. Her blog, Will Write for Food, covers food writing trends and technique, particularly in recipe writing and blogging.

Below, Dianne shares some of the potholes she’s experienced on her cooking journey, both as a professional and home cook.

When I left home after college to work at a newspaper, I chose fairly easy recipes torn out of the food section. They were often for things I had never tasted before but wanted to try, like trout stuffed with shrimp, or beef stroganoff. Sometimes the finished dish didn’t taste very good. I didn’t understand how to tell when things were done, I think, or overdone. And maybe I didn’t salt enough. My pet peeve is people who write recipes that don’t call for specific amounts of salt.

I have to push myself to try something ambitious. I had never made bread or pizza dough when chef Craig Priebe hired me to test his recipes for Grilled Pizzas & Piadinas. But just because it was something new to me didn’t mean it was hard. I had to learn to make one dough for that book, plus how to cook it on the grill, and I did fine.  I was also intimidated because my husband was the griller in the family, and I had to learn how to build a fire.

My work turned out to be good enough to partner with Craig on a second book, The United States of Pizza (coming out this fall) which required making all kinds of dough including sourdough and a focaccia-like pizza dough.

So read a new recipe all the way through a few times, and make sure you have all the ingredients on hand before you start. Those two steps can reduce anxiety like mad! -Dianne Jacob

When I was a teen learning how to cook, my mother took a night job. As the eldest, I was in charge of cooking, and I didn’t know how. I made a frozen dessert that called for a 1/4 cup of coffee. I took that to mean ground coffee. The dessert was inedible. I remember that my dad was very gracious about that dinner, which included undercooked chicken.

I had make a sourdough starter for the second pizza cookbook, from an Italian powdered starter that Craig sent me. I read up about how it worked and it was quite stressful to make sure the temperature to grow the starter was right and that I fed it properly for several days.  But once again I did it, and it was just a matter of being patient and having the confidence that I had followed the instructions and it would turn out. The starter made a fabulous pizza dough that was chewy and full of tangy flavor.

Anchovy pasta. I found it in a New York Times cookbook. It’s a sauce of mashed up anchovy with garlic, olive oil and parsley, mixed with pasta. It takes just a few minutes to make and it’s quite satisfying when served with steamed broccoli or a green salad.

Believe that you can do it if you are patient with yourself and you take the time to prepare properly. It’s no fun to cook when you’re in a panic, especially when you’ve misread the instructions and you find you’re out of an ingredient or that something takes a lot more time than you thought. So read a new recipe all the way through a few times, and make sure you have all the ingredients on hand before you start. Those two steps can reduce anxiety like mad! Especially if you’re just learning how to cook.