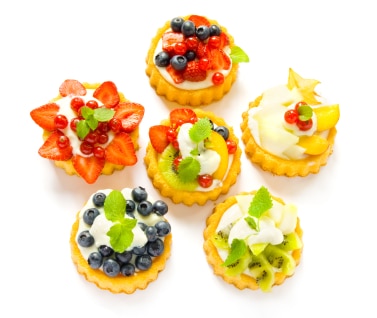 I remember when I learned how to make pastry cream (or crème pâtissière in French). I was in the process of making a triple decker chocolate cake for Fourth of July and I was so intimidated by the process that I swore I’d screw it up. There were so many steps to make this stuff, and each appeared to require such precision and timing that I thought I would surely break the sauce, scrambled the eggs, or end up with a burnt mass that I’d spend a week soaking out of the bottom on my $50 saucepan.

When I finally took the plunge, my hands were shaking and I broke a broke a sweat while I gathered the ingredients. I carefully pre-read my recipe again for good measure, and then dutifully followed the steps, adding sugar to egg, and then egg to hot cream. In the end I had a beautifully smooth pastry cream, perfectly sweet with a nice, buttery body.

The thoughtful simplicity of pastry cream

I looked at what I’d just created and laughed. It was actually a very simple process! I didn’t break the initial sauce, and the eggs and cream came together without a hitch. I looked back over my anxiety and sighed, wishing I could recover the days I’d shaved off my life sweating the process before I’d even given it a try. (don’t even mention how funny it is that I live in a world where I have the luxury of freaking out over dessert.)

With a sense of confidence and a bit of inflated ego, I decided to make the same pastry cream recipe a few weeks later. I followed the same steps, did what I was supposed to do, and guess what? The sauce broke and I had a huge mess on my hands. Dammit.

Turns out that preparing a pastry cream recipe is all about being careful and attentive. Like most recipes, pastry cream knows when you’re being cocky. “Ho, ho!” It will laugh as you thoughtlessly dump your hot cream into your egg yolks, scrambling the whole mixture into cottage cheese. Not unlike someone sticking their foot out to trip you, pastry cream will throw compassion to the wind and seize into a curled mass if it even thinks you’re not paying attention.

Pay attention to the recipe!

Ok, so I like to anthropomorphize my food experiences. What I’m trying to say is this: if you pay attention to what you’re doing and offer up a little respect to the process, your pastry cream recipe will turn out a velvety smooth magma from heaven. If, on the other hand, you’re careless and expect the ingredients to compensate for your thoughlessness, you’ll end up with nothing but glop.

In the end, learning how to make pastry cream is very simple. As long as you don’t get lazy or try to rush the process, you’re about 30 minutes away from patissiere bliss.

What can you use this pastry cream recipe for?

Crème pâtissière is one of those lovely things that is so versatile that you can’t afford to not have this recipe in your culinary arsenal. Use it to fill fruit tarts, profiteroles, cream puffs, éclair… you name it. Or, scoop it into a bowl and top it with chopped fruit, layer a cake with it, add another cup of butter to make butter cream frosting. Really, if you know how to make pastry cream, you’ll instantly have about a billion lusciously decadent dessert recipes at your fingertips. You’ll be able to curl the toes of your dinner guests with ease. 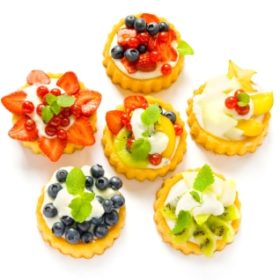 Crème pâtissière is one of those lovely things that is so versatile that you can’t afford to not have this recipe in your culinary arsenal. Really, if you know how to make pastry cream, you’ll instantly have about a billion lusciously decadent dessert recipes at your fingertips. You’ll be able to curl the toes of your dinner guests with ease.  Makes 8 cups.
0 from 0 votes
Print Pin
Course: Dessert
Cuisine: French
Prep Time: 20 minutes
Cook Time: 5 minutes
Total Time: 25 minutes
Servings: 8 servings
Calories: 281kcal
Author: Stephanie Stiavetti