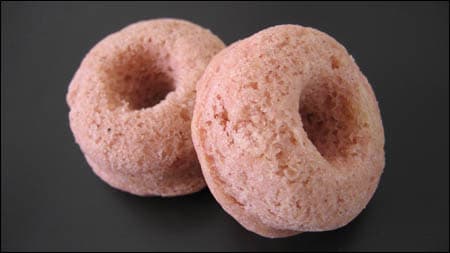 I was inspired when Lolo over at VeganYumYum.com recently made vegan mini donuts, only they weren’t gluten free. So I bought some mini donut pans and set about altering the recipe a bit by replacing the all purpose flour with Bob’s Red Mill GF baking flour, which I’d had collecting dust in the cupboard for a while. Normally I’m not a fan of premixed flours, but I’ve had this sitting around and needed to use it.

The first attempt went ok, but the donuts came out nearly perfect once I added a little more flour and baking powder. I personally like my donuts with no glaze, as you can see in the picture, but I’ve included Lolo’s glaze recipes below.

These little guys are cakey but still light, a rarity for gluten free baked goods. Lolo’s recipe originally called for nutmeg and cinnamon, but I omitted them because the first batch turned out too “spicy” for my taste… if you want to, you can add 1/8 teaspoon of each to the dry ingredients. 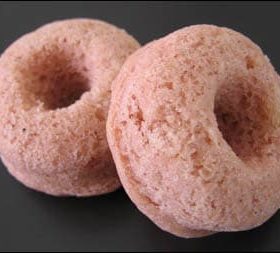 For the optional chocolate dip: