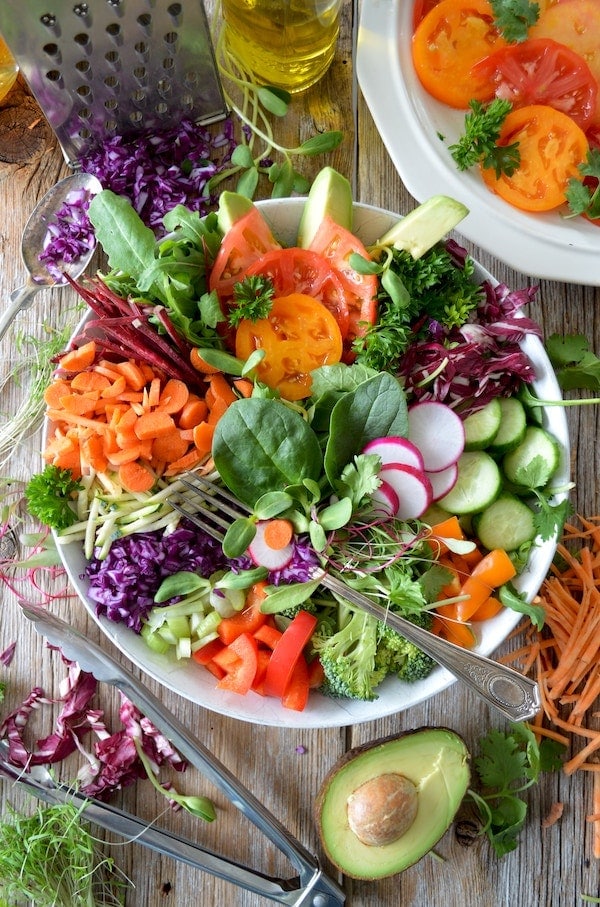 Let’s get real… salad is a big old fail. Some of us have learned to love it, and some of us even legitimately adore it, but reality is that lots of people hate salad and force themselves to eat it to stay healthy.

I grew up in an anti-salad family. In fact, I don’t think I had a fresh green bean until I was in my 20s. With that history, I didn’t have anyone to show me that salad could be tasty.

Fast forward to my mid-20s when I tried to start eating salad and literally gagged at the flavor of some vegetables. I’d sit there like a pouty 7-year old, pushing a slice of cucumber around the plate like it was a toy boat in a bathtub.

Then my body fell apart and I couldn’t eat salad. My digestive system completely failed (thanks, ulcerative colitis) and eating salad went from being yucky to 100% impossible.

​​I learned more about my diet and started eating only real foods that I made at home. I finally got my body duct-taped back together. Which meant… I had to reconsider the salad.

I still hated it, but I decided to put on my big girl pants and give it another go.

You know what ultimately helped? I learned ​​​​how to make my own salad dressing. Not the sickly sweet, bright orange dressing from the grocery store. Real dressings made from real ingredients… which I could make taste however I want! WIN!!

I learned to make savory cream dressings and simple, tart vinaigrettes. I also learned that they only took two minutes to make, which totally killed my excuse of “I don’t have time to eat healthy.”

Because, truth time? Salad is probably the world’s fastest meal. You throw a bunch of stuff in a jar, shake it up, then throw some green stuff in a bowl, and pour the contents of the jar over it.

It took almost as long for me to type out that ​​sentence as it does to make the actual salad.

​​Do you hate salad, too? If you do, I TOTALLY get it. *salad hater fitbump*​​​​​ I created two dressing cheat sheets that will help you make really delicious salads in, like, a minute. You can find them in this set of cooking cheat sheets. (They also come in a digital version.)

And then… maybe salad won’t be the pariah of your dinner plate. Maybe it can be a super fast friend who you didn’t realize is actually kind of awesome. ​​