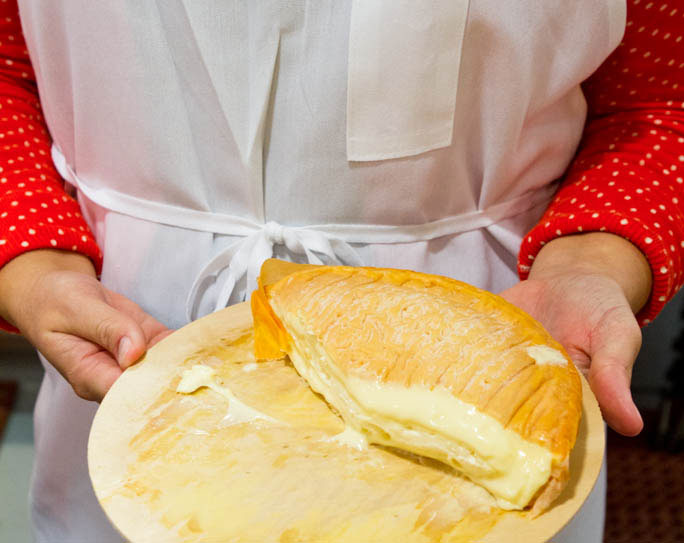 Smelly cheese hall of fame: Epoisses. Why do some cheeses smell bad?

Smelly cheese can be a tough sell to some folks. A good, upstanding wheel of washed-rind can smell strongly enough to cause scent-sensitive people to run for the nearest open window. Their reasoning makes sense: what sane, self-preservation savvy person would eat something that stinks so damn bad?

While in some instances cheese can smell bad because it’s gone bad, that’s often not the case.

Why do some cheeses smell bad?

At the top of the smelly cheese list, washed-rind cheeses have been bathed in any number of things, including water, salt, wine, spices, and various liquors. The washing helps the cheese retain moisture and develop their characteristic flavors. The outside of the not-yet-smelly cheese then builds up a colony of ofbrevibacterium linens, otherwise known as b. linens. These cultures are what cause the strong smell.

When buying washed-rind cheeses, look for rinds that are uniformly colored—often pink, orange, or light beige. The smell should be pungent, obviously. Some ammoniated cheeses are perfectly fine to eat, but beware of any excessively ammoniated funk, as this may mean the cheese has spoiled. (When in doubt, ask your cheesemonger.) With the exception of a few smelly cheeses, the skin should be smooth, not sticky, slimy, tacky, dry, or cracked.

Here are a handful of lovely, stinky cheeses you should try. I promise, there’s gold at the end of the rainbow: