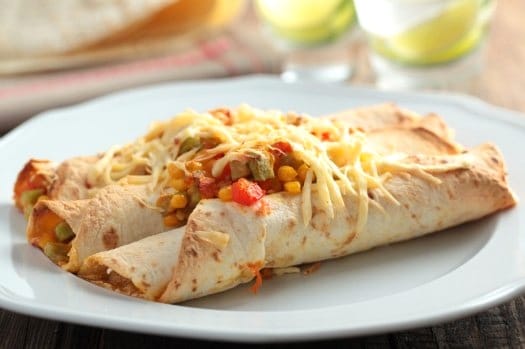 – I do love my vegan enchiladas… so good, so much healthier. –

A while back I made potato kale vegan enchilada recipe from Isa Chandra Moskowitz and Terry Hope Romero’s Veganomicon. I thought I would make it again, this time with their vegan cilantro sour cream and using rainbow chard instead of kale. I was serving a group of six and everyone was super stoked with the results. The general opinion was, “Wait – you mean we can have enchiladas without feeling bloated and crappy afterwards from gorging ourselves on a pound of cheese per person?” I love cheese as much as the next gal, but it’s just not happening for my physiology lately. Sometimes I lament the loss of the occasional cheesy grease ball, but with alternatives like this dish, I miss it a little less every day.

A few things about this vegan enchilada recipe: first, it takes about two hours to prepare the whole thing, about twice the amount of time that the book calls for (Isa must be a mega-uber enchilada roller or something). Second, since the dish is baked, it has more of a casserole texture. The sauce soaks into the tortillas and you end up with what looks like a messy lasagna if you pack the enchiladas into the pan, so if you’re looking for a more schnazzy presentation, leave a little space between them so you can easily remove them one at a time. 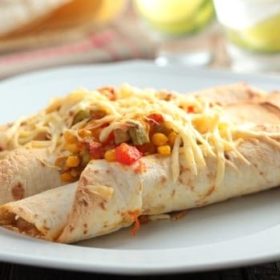