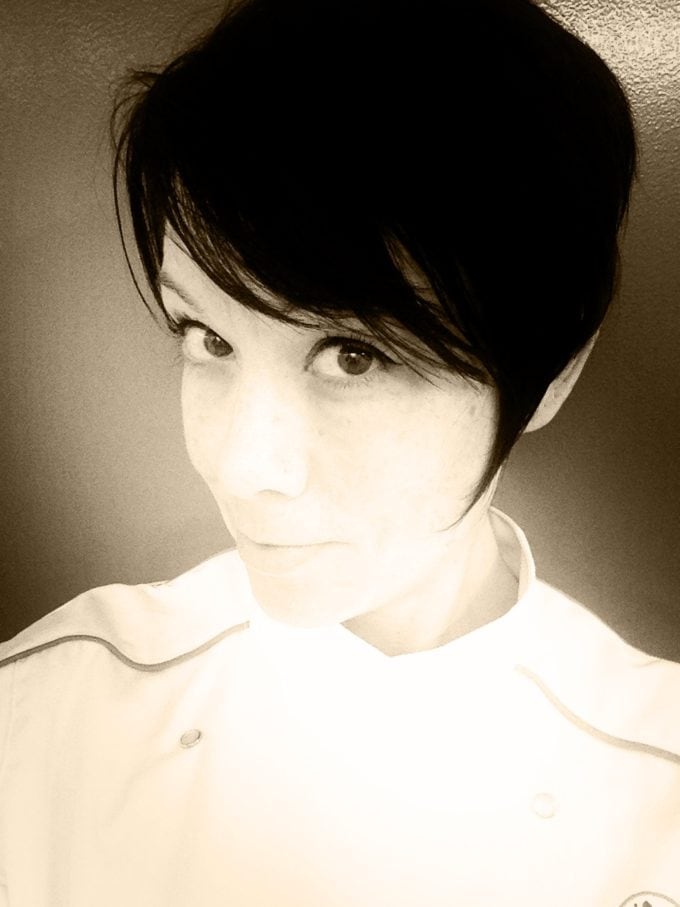 I was a young 20-something adult trying to get along in the world, when I got super sick. Like, GAME OVER sick. ?

I was in and out of the hospital, bleeding internally. My doctors told me I had an autoimmune disease, but the medications and treatments did nothing to help. I getting sicker and sicker.

Then I got fired from my job because I was no longer able to work a full day. It finally got to the point that I couldn’t get out of bed. I had to lay on the floor to brush my teeth. I can still remember the feeling of the old bathroom rug against my cheek, as I lay there with the toothbrush in my hand.

I needed to get my health back on track because I didn’t even have the energy to stand up, let alone leave the house to go to work.

It was awful — I wanted to build a life and career for myself so I could leave my abusive husband.

But without me working, we were going to have to move back in with my in-laws. They lived in an old building they should have condemned years earlier. The whole place slanted to the side and you could see the ground through the floorboards. This was 100% NOT where I wanted to end up.

To make matters worse, I needed repeated emergency lifesaving blood transfusions. These kept me tethered to the hospital even more. There was no way I could support myself while I was so sick.

I felt like life was hopeless. ??? I was ready to give up.

I think I even DID give up at one point… I was just waiting to die.

I held out hope for a while, but the problem was that nothing the doctors did made any difference.

The treatments weren’t working. I had lost all faith. I kept thinking, “This is it… I’m going to die from some horrible disease while stuck in an awful marriage.”

Talk about LITERALLY adding insult to injury.
One day my husband left me stranded at the hospital after I’d been discharged, with no ride home. He said he was too busy to come get me. This was before the days of smartphone (which means no Uber or Lyft, either). I asked the lady at the hospital to call me a cab, but she said there was a two-hour wait… I was so fatigued I didn’t know where to go until the cab arrived. So I just laid there on a bench in the lobby.

As I laid there, feeling sorry for myself, a kind lady started chatting me up. We exchanged sob stories, and she said she’s gotten her health back on track after being similarly as sick as I was. She gave me a phone number. It was for her naturopath.

After a few weeks of trying to figure out the money, I met with the naturopath. (NDs are expensive!) When I finally met with her, she ran some tests and then had groundbreaking news.

She told me the doctors were wrong. I didn’t just develop a random autoimmune disease.

She said that my body was failing because my family raised me on a crap diet of processed food. The lack of nutrients was causing my immune system to go crazy and my digestive system to fall apart.

I sat in her office and slumped against the side of the chair, staring at her in silence. I wondered, what if it’s true that food could heal my body, when even the doctors were failing?

Could it be that my body was starving for real nutrients after years of living on convenience food? The simplicity of it blew my mind. ?

That same naturopath also taught me that takeout, Rice-A-Roni, and TJ’s frozen enchiladas were not actually healthy food, despite what it said on the packaging… which I was never taught growing up.

My family had always eaten processed food. I never knew it was unhealthy.

She then explained to me that if I wanted to feed my body want it needed, I was going to have to start cooking from scratch. WTF? I was a 27-year-old tech-worker. I had no freaking idea how to cook.

At that point I had no money or energy, but I also had no other choice. So I started using what little energy I had to cook very simple meals that my body could easily digest. Like three ingredients in a pot and done.

Within a few months I stopped bleeding internally. I had more energy. I didn’t need anymore emergency transfusions. I walked to the park for the first time in I don’t know how long.

I remember sitting on the grass, in the sun, thinking, “HOLY $#!%, that’s all it took? Changing what I eat?! I was sick for three years and the secret was under my nose the entire time?” ??‍♀️

My plan was to get my life back on track after years of sickness, so I got a job and started working again. But I didn’t stop there. I got out of the crappy marriage. Once I moved into my own place and created a ton of space between me and my ex, I started feeling like myself again.

But there was still a problem.

I was a lot busier now that I was working again. I didn’t have a lot of time to cook at the end of the day. Plus, I didn’t know how to cook very well, so everything was bland, and in some cases… awful.

Think noodles with canned gravy and a splash of ketchup. ?

My busy work life was pushing me back to eating convenience foods, like frozen dinners and those delicious, delicious $4 mega-burritos from the taco truck on the corner… sometimes I would dream of all that cheese.

And guess what? My health started to tank again! ??

That old familiar bruised feeling in my gut came back, along with the fainting and exhaustion. The idea of getting sick again was unbearable.

That’s when I realized the secret to getting my health back on track was more than just eating better… if I wanted to STAY healthy, I was going to have to learn how to REALLY cook for myself.

No more boxes with “just add milk and butter.”

Or eating 20 Bagel Bites in one sitting.

Or ordering a week’s worth of Chinese takeout so I could live on leftovers until it was gone.

I decided to dive deeper to find out how to cook food that is both delicious and feeds my body what it needs. I ended up quitting my corporate tech job and went to culinary school. Then I started working in restaurants and developing healthy recipes for big brands. (That’s a whole story for another time…)

I steeped myself in the culinary world and learned everything I could. I became a total culinary ninja. ?? I even got my cookbook published by a fancy New York publisher.

A decade after I got my health back on track, I noticed that friends were starting to feel sick and tired. Because I knew them, I knew they weren’t eating well. I’d talk to them and they’d say things that were so familiar to the old me:

“Nothing I eat seems to sit well in my stomach.”

“I haven’t changed anything but I’m gaining weight.”

And the big one: “Everything kind of sucks but my doctor can’t do anything to make me feel better.”

For those that were willing, I taught them how to cook. They noticed dramatic changes in their health and energy levels when they cut out takeout and processed foods. For some of them, the difference was night and day. Some even lost the extra weight they’d lost hope on.

And then I realized… this is my mission. I’m here to teach people how to feed themselves with joy and confidence, and to reclaim their health (while also reclaiming their kitchen).

I wanted to help everyone learn to feed themselves, to make the foods their bodies needed to feel better. But there was only one of me. I had a decade’s worth of culinary and nutritional knowledge to share and no idea how to get it to people.

How could I teach what I knew to a bunch of people at the same time? So I could save them the same frustrations and learning curve I had to go through? ?

That’s when I decided to create an online cooking school for everyday people. I was going to show them how to eat better and get healthier. And, I wanted to make it a ton of fun.

I chose to call my online cooking school The Fearless Cooking Club.

I wanted to make it possible to find everything you need to learn to cook, all in one place. Everything from videos to recipes to professional chefs answering questions.

It took me two years to create The Fearless Cooking Club. Two years of programming and filming. I used up almost my entire savings. ?

I developed the training materials and built the best damn video cooking school I could. I designed dozens of cooking charts to make cooking even easier. I even started offering 24-7 cooking support for when people get stuck and needed help.

Once I started inviting others into the The Fearless Cooking Club, the results were incredible. I now turn people into amazing home cooks, in a fraction of the time and money it took me to learn for myself.

Through the FCC I see people experiencing so much newfound joy and confidence in what they eat. They’re getting their health back by cooking delicious food. They feeling better than they have IN YEARS.

The confidence my ninjas are building has been SUPER inspiring.

How did it happen? Because they learned to cook — which let them cut out takeout and processed food from their diets.

The food my ninjas and I make at home is WAAAAAY better than burritos or Bagel Bites. ?
We are now able to live amazing lives where we love our bodies, something I personally never thought I’d experience again once I got sick.

Learning to cook saved my life. Now I want to help YOU feel amazing in YOUR body.

Tl;dr: I went from being so sick I couldn’t brush my teeth and getting several emergency transfusions a year, to feeling great and cutting out 90% of my medications. Food saved my life. Now I’ve got an online cooking school that will teach you everything I learned while working in restaurants and going to culinary school.

Previous Post: « This is why most of your sweets fail
Next Post: Eleven 5-minute Cooking Lessons to Up Your Cooking Game »