I was fresh off the plane in Paris, and I had a plan to experience as many unique gastronomical sights as I could possibly fit into five days. Right off the bat I wanted to visit Librairie Gourmande, a tiny shop that boasts two solid floors of wall-to-wall, floor-to-ceiling cookbooks.

When I first walked into Librairie Gourmande, I was taken aback by their extensive collection of cookery books. As I dawdled and scanned the shelves, admiring the selection and deciding which book to take home with me, I found entire sections on gratins and mini-cocottes, a whole shelf dedicated to sauces, and an area of the shop that dealt only with seasonings. And that was only in the first five minutes of my visit. 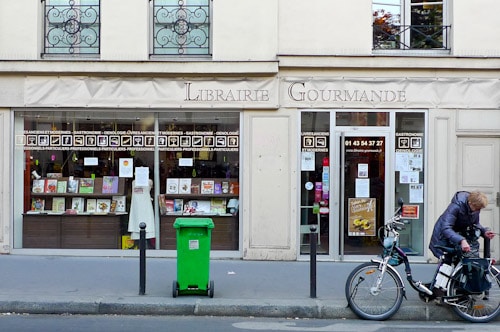 Next I wandered upstairs and found the pastry section, which took up almost the entire back half of the shop. There were at least fifteen books on macarons alone, and countless others on every type of French dessert imaginable. Cakes, cookies, pastries, tarts, glacés; you name it, there was a book on it. 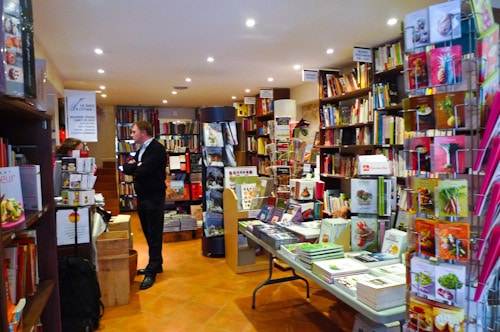 Being an American tourist, I had to explore Librairie Gourmande’s English cookbook section, which included shelf upon shelf of French cookbooks that I’d never seen before, along with old favorites, all accessible to English-speaking cooks. While I flipped through a lovely book on pork, the lady who had previously been sitting behind a huge stack of books approached me. She commented on my selection, her English laced with a floral French accent. That sparked a long conversation about the state of the pork industry and how French artisan butchers are trying to bring back the magic of meat to those that appreciate it. Another of the shop staff joined us and the discussion turned to Italian pastry, and what parts of the Italian baking repertoire were borrowed from French culinary culture. Suddenly, I realized that over an hour had passed as we chatted the afternoon away into the evening. These ladies know their stuff! 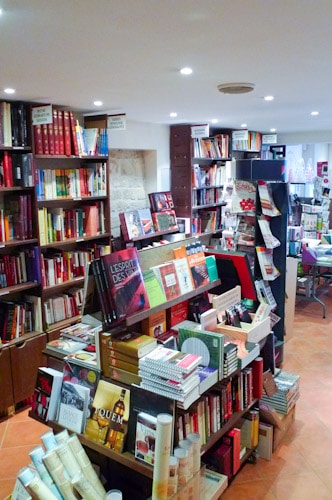 It took forever to pick a few books to buy; indeed the only thing that reigned me in was the limited space in my bags and the unavoidable kilo restriction for checked luggage on my departing flight. I picked a book on the mother sauces, another on macarons, and a third on cannelés, all in French. Thankfully, it’s not terribly difficult to translate recipes, though there are always a few nuances of instruction that are lost between language. But what is cooking if not an adventure? 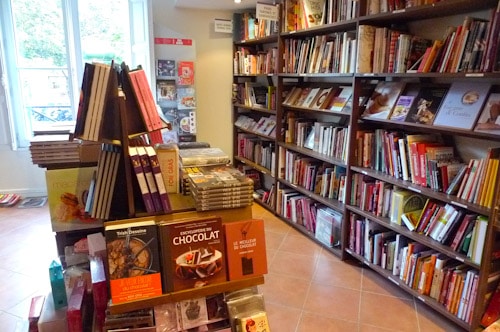 While I was knee-deep in my cookbooks-on-the-brain mode, I tried to visit the bouquiniste gastronomie that David wrote about on his site, but alas, the guy wasn’t there the two or three times I stopped by to check out his selection. Oh well, I guess that’s just another reason I need to come back to this heartbreakingly gorgeous city. 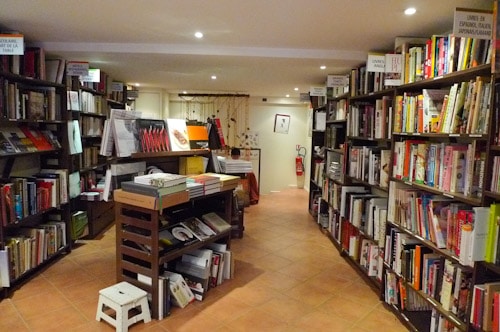