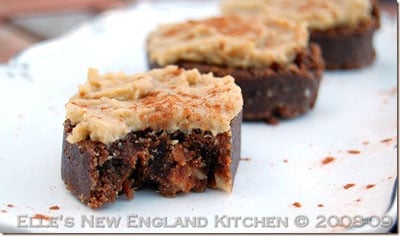 – These super decadent raw vegan cinnamon rolls are THE ULTIMATE!! –

Apologies for the recent hiatus – summertime is generally a weird mix of busy and relaxed, so when I’m not running myself ragged, I’m a lump in a chair with a book. I’ve not really had the motivation to cook lately, though I’ve created a few interesting things that I will share here over the next week or two.

Lately I’ve been dabbling in raw food as I’ve had a ton of weird health issues over the past few years and I’m looking to increase my healthy food intake and limit my junk food obsession. Raw food allows you to eat a lot of the things that you would normally try to stay away from by making them out of healthy ingredients such as nuts, honey, fruit, etc. I’ve had some awesome pies over the past few weeks that would count as three of your daily servings of fruit. Not bad!

My latest endeavor was raw vegan cinnamon rolls. I know it sounds weird, but they were so fabulous that they tempted many of my omnivorous and anti-vegetation friends at a recent campout. They are quite rich though, so one will probably do it for breakfast – and the protein contained within these little babies will keep you going for hours! 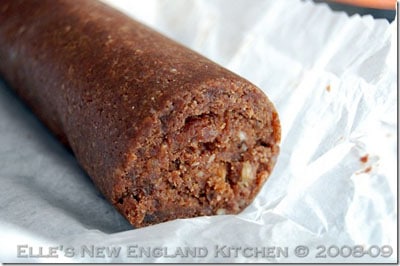 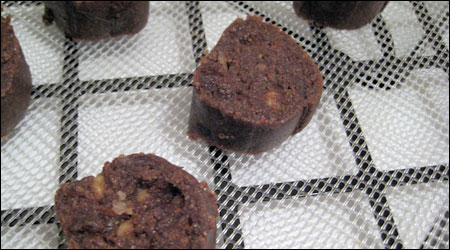 These cinnamon rolls can be eaten right out of the refrigerator or warmed on a dehydrator. Here are mine on the tray – I dehydrated them at 108 degrees F for 12 hours: 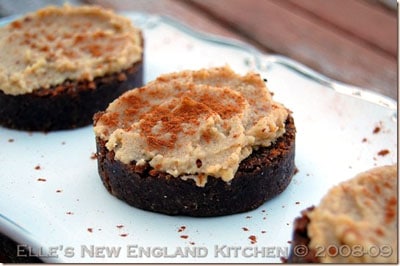 Edited to add: Elle over at Elle’s Kitchen recently made this recipe and posted it on her blog. Her photos are beautiful, so with her permission I’ve posted them here for you to enjoy. Thank you so much, Elle!

Raw vegan cinnamon rolls recipes are not easy to come by, but this one if sweet, rich, and full of that cinnamon-goodness you miss from the Cinnabon at the mall. An awesome indulgence without a ton of guilt.
0 from 0 votes
Print Pin
Course: Dessert
Cuisine: Raw Vegan
Prep Time: 10 minutes
Total Time: 10 minutes
Servings: 8 servings
Calories: 576kcal
Author: Stephanie Stiavetti

For the raw vegan cinnamon rolls

For the cashew cream frosting

For the raw vegan cinnamon rolls

For the cashew cream frosting