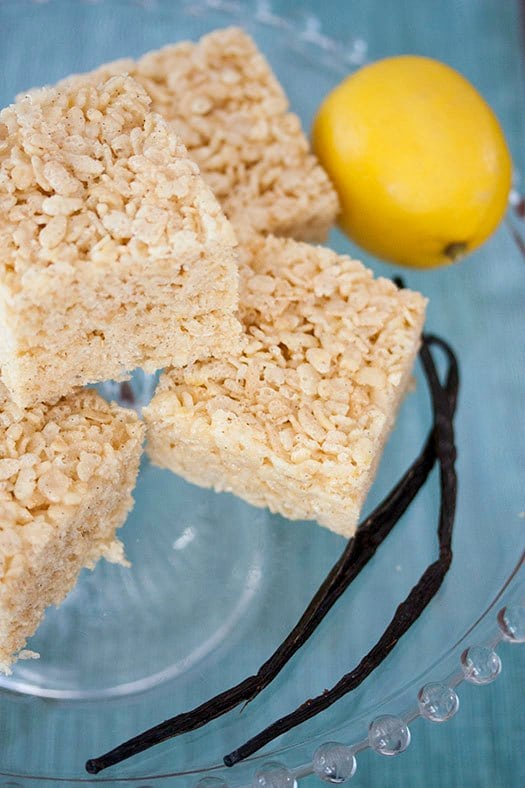 – Life is hard sometimes. I needed Rice Krispy treat ideas. This a good one. –

I’m having a hard time rallying today, but it’s a gentle sort of lethargy, the kind that comes in the middle of a long journey when one reaches a long-overdue rest stop. Instead of finding jubilance in the break, I’m lightly unraveling into a slack heap of fiber on the floor, like the remains of a sweater caught on a doornail and whisked away, unaware of its snag. Part of me is holding fast to the sharp reminder of memory and regret, another piece exists in the future where I hope things will be ok, and the rest of me is strewn haphazardly between the two points, colorful clumps of soft tissue that dot a jagged timeline where there are as many bad days as good days.

I’ve even titled the name of this document I’m typing into “Blah.txt.” Fitting.

I’m often vague in my writing here and I struggle with that, caught in the sticky wicket of other people’s stories and what I can, might, and should share. That ambiguity leaves me with an unbearable empty space, the unmistakable feeling of a story untold, a stunted tale that grew in ways it wasn’t supposed to. Not telling the whole story feels like I’m robbing everyone involved. Or maybe I’m not a talented enough writer to make the disjointed parts compelling to the point that they’re worth reading.

A few months ago, my mother called me to let me know that my brother was missing. My brother is 33 and prone to doing his own thing, so this wasn’t a huge ordeal, but she said that he had been acting strangely for the few months before he vanished. Strangely as in, a few weeks prior he called the police on someone that wasn’t there. Oh. The GPS on their linked cell phones had said he was somewhere in Oregon – we live in the San Francisco Bay Area – and that he was seemingly driving a circuit of wooded areas, not dwelling anywhere more than a day or two. She suspected he was either camping or living in his car.

Several weeks later he turned up, his car having suffered engine damage. My mother retrieved him and brought him home. Only he wasn’t my brother anymore, the cheerful, resourceful boy of a man that I’d known for 33 years. The person that returned was a brooding, terrified victim of Unknown Psychosis, as I’ve taken to calling it, as he won’t consent to any sort of medical help.

Flash forward to a few days ago. Camera pans to a man sitting in a dark motel room, all draperies snapped shut, the odor of cigarettes so thick, so palpable, that anyone entering the space wipes it from their faces and limbs upon departure. The man spins his hands around his foot, untying invisible ropes (or vines, we’re not sure) from his legs, shaking them off before untying the other foot. His beard is long enough to comb and he occasionally chuckles to himself and mumbles the words, “Necessarily, necessarily, please accept my sincerest apology.”

I have a new brother now.

I’m often vague in my writing here and I struggle with that, caught in the sticky wicket of other people’s stories and what I can, might, and should share. That ambiguity leaves me with an unbearable empty space, the unmistakable feeling of a story untold, a stunted tale that grew in ways it wasn’t supposed to. Not telling the whole story feels like I’m robbing everyone involved. Or maybe I’m not a talented enough writer to make the disjointed parts compelling to the point that they’re worth reading.

I’m so grateful to have the friends I have, who shine through the ick. I recently spent nearly a week at Garrett’s house, filming our cookbook trailer and just generally hiding out and relaxing. We spent a lot of time cooking and eating, of course, but also doing things that don’t really exist in my life, like going to plays and planting fruit trees. Those are the exact things that any doctor worth his salt should prescribe a patient going through a rough patch. They’re better treatments than any medication I’ve yet to experience.

While we were driving around one hot Sacramento afternoon, the subject of Rice Krispy treats came up. I have no idea how we ended up on the topic, because at that point, neither of us had had* them in years. With the windows down and the radio turned up, we started tossing around Rice Krispy treat ideas like teenagers belting out song lyrics. I considered the idea of adding a few tablespoons of lemon zest to my Rice Krispy treats, while Garrett, of course, thought to add vanilla beans to his. (He is the writer of Vanilla Garlic, you know.) There was a shared, startled pause.

“Oh my god,” I mused. “Together they sound amazing.”

He agreed. “We should make this. TONIGHT.”

So I’d like to present you with the first collaborative recipe we’ve come up with since writing a whole f**king book together. It’s simple, it’s easy, and it’s god-forsakenly delicious: Lemon Vanilla Bean Rice Krispy Treats. If that doesn’t make even the worst week just a little better, then you might as well throw in the towel.

Here’s Garrett’s post with the same recipe, but likely a very different story. 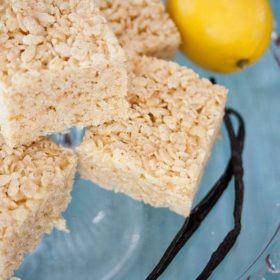 * Is it grammatically correct to use the word had twice, one right after the other? Apparently it is indeed grammatically correct, though incredibly awkward to type and read. Grammarians: do you have any recommendations for better ways to structure a sentence like this?

Previous Post: « Life, Honesty, and the Very Best Way to Cook Corn on the Cob
Next Post: Saved By A Blackberry Pluot Fruit Pie »