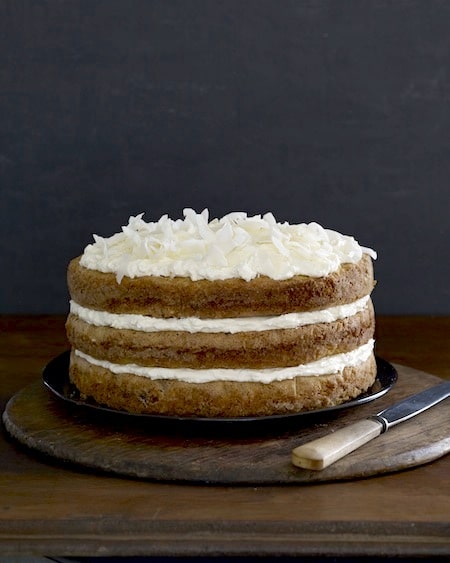 The longer I’ve been cooking, the more particular I become about the cookbooks I add to my collection. Far gone is my need for general cookbooks that teach classic techniques; instead, I’m looking for books that take a deep dive into a niche topic. At this stage in the game I’m hungry for nuance, the tiny details that general cookbooks almost necessarily glance over in an attempt to make the broad swath of information they impart less overwhelming. And indeed, the generalized cookbook has been done to death, with a few notable exceptions that are still useful to an old hand like me. I’ve entered my own personal era of the single-subject.

I have many criteria for the single subject cookbooks in my collection. First and foremost, the author must be inspired by the topic at hand, and that inspiration should infuse every page and every recipe they create. Second only to inspiration, these books must be compelling, urging even the most fatigued cook to jump to their feed and COOK. RIGHT. NOW. Finally, and perhaps this should be a given for any cookbook, there needs to be an educational component that teaches the reader something that he or she can carry with them in their most versatile cooking toolbox, their mind. If a book doesn’t teach me new things – ideally many – I consider it a wash. 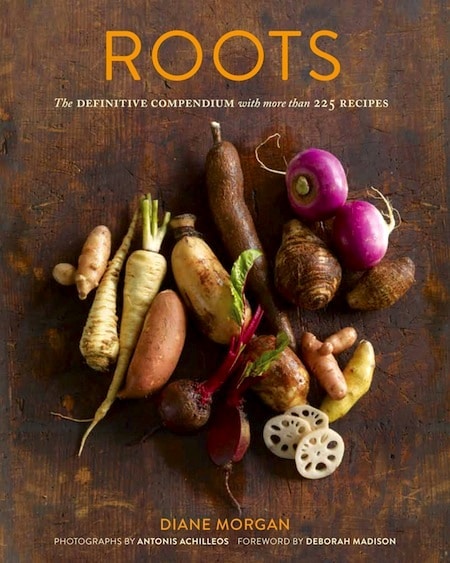 Perhaps one of the most beautifully produced single subject I’ve received to date is Roots: The Definitive Compendium with more than 225 Recipes by Diane Morgan. The first thing a reader will notice when they pick up Roots is its matter-of-fact design. Much like the season during which we most enjoy root vegetables, this book’s stark, stoic aesthetic harkens to a cold Minnesota morning in January. It makes me think of my great grandmother riffling through the root cellar on her sugar beet farm, bundled up in many layers with her lips pursed in annoyance with the cold. The photos verge of gothic, celebrating the deep, saturated colors that are the signature of winter’s pause of sunlight. 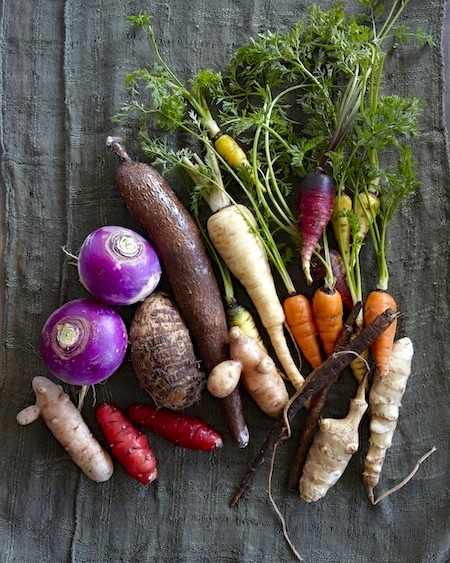 The subtitle’s use of the term “definitive compendium” is not an exaggeration — in my opinion, this is for certain the foremost book on cooking with root vegetables to date. Each vegetable has its own chapter where it is explored in depth. The first few pages of each chapter are dedicated to a vegetable’s history, nutrition information, availability, storage, preparation, and a listing of which varieties a reader may find at their local farmers market or grocery store. From there the vegetable is put through a handful of recipes, as varied and intriguing as any you might find in an entire collection of cookbooks. Morgan digs deep here, drawing from a well of varied influences; you’ll find a whole globe’s worth of inspiration in Roots, as well as your standard American comfort fare.

The thing that made me most giddy about Roots, though, is that Morgan has included root spices interspersed with the standard tubers and other root vegetables most Americans are used to pulling out of the ground. Ginger, wasabi, turmeric, galangal, and others celebrate inclusion with their own chapters, and I can tell you with all certainty that you’ve not lived until you’re tried Morgan’s Chocolate-Galangal Crinkle Cookies or her Wasabi-Crusted Roast Beef Tenderloin. 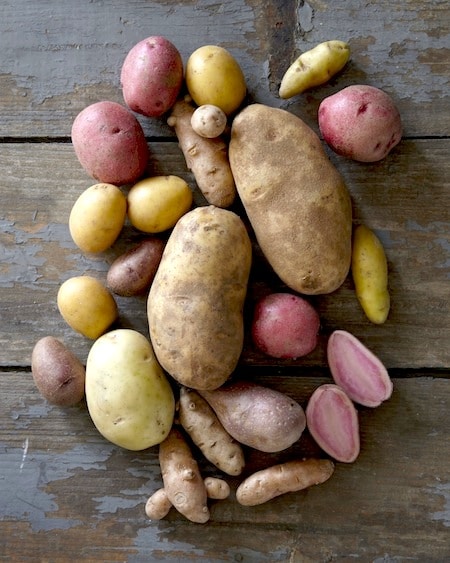 What was the most valuable thing I learned from this book? Turns out, I was woefully unaware of the depths to which roots vegetables’ versatility traveled. I discovered that they can braised like a meat, candied like fruit, and turned into any number of delectable desserts that even the most vile veggie-hater can be tempted into enjoying. Morgan’s handful of sweet dishes were the most surprising, and I was delighted to find recipes for Brown Sugar Ginger Ice Cream, Red Velvet Beet Cupcakes with Orange Buttercream, and a lovely Ginger Cake with Crème Anglaise. (Anyone who loves red velvet will celebrate the opportunity to completely remove the caustic taste of red food coloring from their cake.) 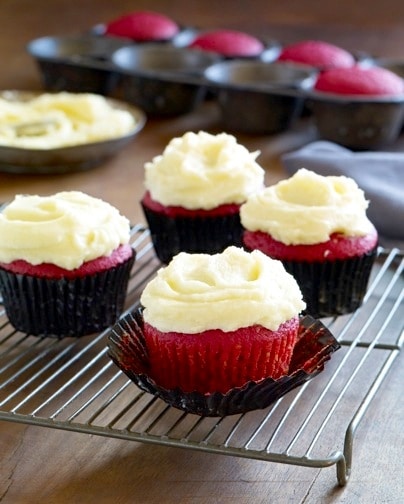 Below you’ll find the recipe from Roots I most enjoyed, a three-layer parsnip cake with cream cheese frosting. Those of you who make an autumn carrot cake every year may be smacking your head and saying, “Oh, yes, that makes sense,” much like I did. I am happy to report that we carrot cake lovers can now change up our repertoire a bit by engaging the humble parsnip, an sadly undervalued vegetable. I like parsnips, but even in my cooking rotation parsnips have been relegated to nothing more than a stock flavorant and occasional addition to a hearty winter stew. I’m grateful for the inspiration to change that up.

I highly recommend Roots: The Definitive Compendium with more than 225 Recipes for anyone who is at all interested in exploring the topic of root vegetables with any level of creativity. Diane Morgan has managed to elevate our most taken for granted class of produce to a level of intrigue, and that is no easy feat. 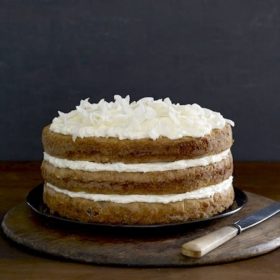 This delectably moist, rich cake puts those parsnips you found in your CSA box to good use. Mountains of cream cheese frosting make this dessert a breathtaking experience. This recipe keeps just the layers and top frosted, leaving the sides of the cake exposed. If you prefer the sides generously swirled with frosting, too, you’ll need to make one and a half times the amount of frosting. Yield: 1 very tall cake that serves 12
0 from 0 votes
Print Pin
Course: Dessert
Cuisine: American
Prep Time: 15 minutes
Cook Time: 50 minutes
Total Time: 1 hour 5 minutes
Servings: 12 servings
Calories: 890kcal
Author: Diane Morgan

For the cream cheese frosting

Cook’s note: If you have a shredding blade for your food processor, you can make quick work of grating the parsnips. Otherwise, use the coarse holes on a box grater.