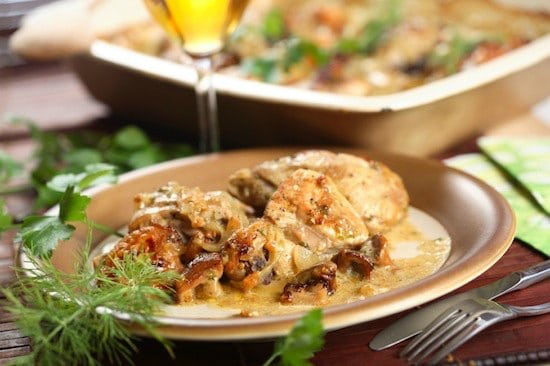 – This chicken putach recipe is a perfect rustic braise, flavorful and satisfying beyond belief –

When I reviewed Georgia Pellegrini’s Girl Hunter the other day, I wondered whether I should include a recipe with the review. Georgia’s recipes are inspired, to be sure, but they’re pretty, well, wild, and I wasn’t sure everyday home cooks would be interested in the recipes she’d included in Girl Hunter. Have you ever cooked elk? Or boar? Or squirrel?

Thankfully, Georgia includes lots of alternatives for her recipes, which makes them very accessible for regular folks like you and me that might not have, you know, half an elk in the freezer. Given that Girl Hunter is heavily laden with recipes – some chapters have as many as six or seven – it makes sense to offer a few alternative proteins that would appeal to non-hunting readers.

The dish that captivated me the most also happened to be the simplest: a rustic putach recipe that calls for onions, garlic, vinegar, and squirrel. Given that I don’t have a hoard of yard rodents in the fridge, I opted to use one of her alternates. Georgia suggested rabbit, which to the average palate is similar in taste and texture to chicken thighs, so I used that instead.

This putach recipe is incredibly comforting. It’s tart and garlicky and rich, with a tough of sweetness thanks to fresh rosemary. I prefer it served over a big bowl of brown rice, though you could make it with any number of carby bases such as quinoa, egg noodles, or regular white rice. If you want to serve it on its own, pick up a loaf of crust bread to soak up the lovely braising liquid. You’ll be a happy camper, I promise!

And if you’d really like to make it with squirrel, please let me know how it tastes! I’m infinitely curious. 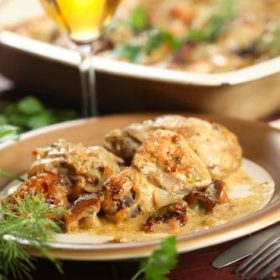