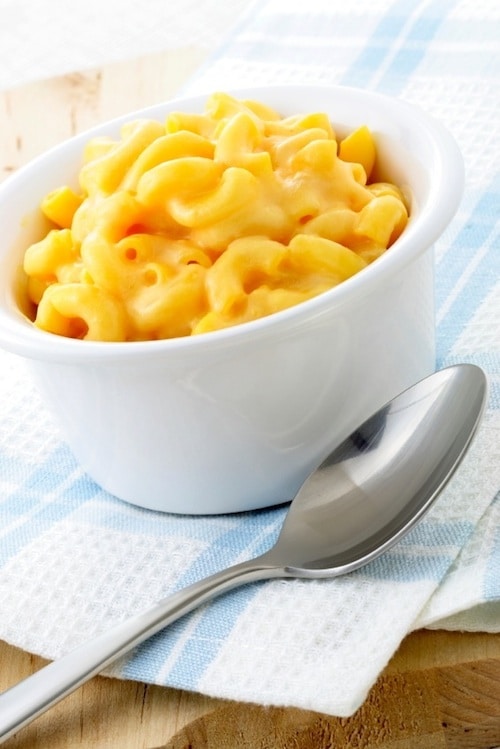 – This is the best vegan macaroni and cheese recipe EVER!! –

I’ve been eating a lot of macaroni and cheese lately. Between huge, heaping spoonfuls of real cheese, I’ve been pining for a less milk-heavy version that would appeal to my vegan friends. (and my former vegan self – yes, I was vegan many years ago!) But, vegan cheese leaves a lot to be desired. Career vegans, I know a lot of you are with me on that.

There are a few reasons I’m not a fan of vegan cheese. First, it’s highly processed. Second, it’s really expensive and doesn’t really bode well for someone trying to eat healthy on a budget. And third, the texture is often f***ing gross. Just like anything else in my kitchen I’m not happy with, I try to make it better. Vegan mac and cheese has already been perfected for the most part, so I was left to build upon an established recipe that I really enjoy.

Now, I have to give credit where it’s due: this dish was adapted by what is arguable one of the best vegan macaroni recipes out there, by the New Farm Vegetarian Cookbook. Published many decades ago, New Farm’s recipe has been bent and stretched countless times. And I’m doing it again.

I think you’ll like it, vegan sensibilities or otherwise. 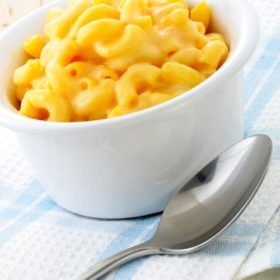 The best vegan macaroni and cheese recipe EVER. This dish, based on the recipe by The New Farm Cookbook, is so spot-on creamy that I've served it to omnivores and they've never guessed it was dairy-free.
0 from 0 votes
Print Pin
Course: Vegetarian
Cuisine: Vegetarian
Prep Time: 15 minutes
Cook Time: 5 minutes
Total Time: 20 minutes
Servings: 4 servings
Calories: 660kcal
Author: Stephanie Stiavetti