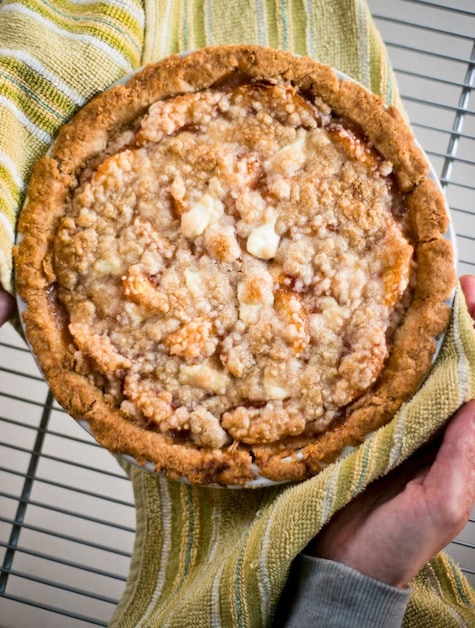 It started innocently enough. “Let’s make a peach pie,” I barked out loud, unaware of my desire to bake a pie until that very moment. We were going to our friend Ben’s house later that afternoon, stopping first at the farmer’s market to grab a few bits of produce for the week. It seemed like the perfect opportunity to flex my pie muscle, which has atrophied in a near decade of decline. I wanted fresh summer fruit, flaky pastry, something sweet to celebrate the warm day… and I wanted it now.

At the farmers market, there were stone fruit of all varieties – peaches, plums, nectarines, pluots, nectaplums. A fragrant cloud hovered over the stand, drawing shoppers in to fondle the fruits and gawks at their smooth, colorful skins. The most heavily scented that day were the apriums, a hybrid fruit that combines the sweet apricot with the tart, rosy personality of a plum. These particular apriums were pink with a light mottling of orangy-brown. I didn’t even try to resist the urge to buy three pounds.

With fruit in hand, I decided to make the pie at Ben’s place. Ben, of course, was fair game. The boy will eat anything and he’s always happy to let me take over his kitchen in the name of mad scientist experimentation, so we loaded up the car with what ingredients I could pull from the fridge and headed over to the Lower Pacific Heights neighborhood of San Francisco. There was a festival going on in Japantown, which sounded like a fun way to spend the afternoon.

We got to Ben’s house and headed out to the Festival. We chatted about nothing, looking at the funny t-shirt booths and exploring the other random things lined up along a blocked-off section of Post Street. Ben absentmindedly asked if we needed anything to make the pie. I slapped my head in response.

“I forgot butter!” I cried. “Dammit, I have a whole pound in the refrigerator.”

He shrugged. “I don’t have any, but it’s no big deal. We’ll just walk over to Safeway. It’s not too far.” 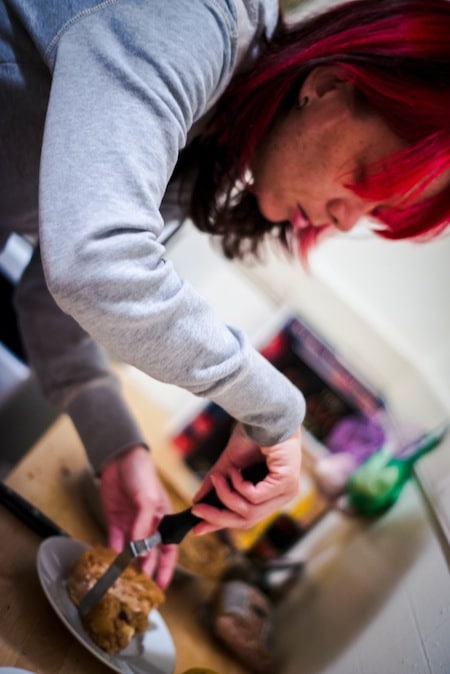 One trip to Safeway later, we had butter in hand. We wandered back to the festival, where it was discovered that Ben also had no rolling pin. Merde. Thad suggested that maybe one of the Japanese dollar stores might have one, so we spent the next hour crawling Japantown for a rolling pin. We found tart pans, eyebrow shavers, tofu strainers, blow up male implants (????), and a host of other strange and wonderful things, but no rolling pin. The one place that might actually have it, Soko Hardware, was sadly closed on Sundays.

Sans rolling pin, our pie plans appeared dashed. Then I thought, wait, I’ve seen a no-roll pie recipe. I has just bought Joy the Baker’s cookbook, and perhaps she had the recipe on her site as well. A quick search for the proper post. Thank the baking deities for smartphones. 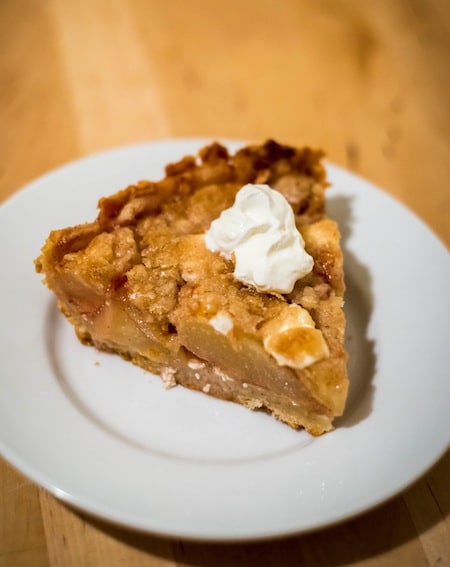 – There are few things finer than a fresh aprium pie. Hallelujah! –

We get back to Ben’s house and start digging through the cupboards for ingredients. At some point I decide to up the ante and make a sour cream pie with cinnamon crumble flavored with ginger and Malibu spiced rum; and guess what? There was no sour cream or ginger to be had. (Ben thankfully had a copious amount of rum ;) Being a good sport, Ben walked to the local Whole Foods to get the rest on the ingredients we needed for the pie.

I swear, after all the walking involved, I should have titles this post “The Pie that Almost Wasn’t.” Or, “The Pie that We Walked Off All the Calories for Before We Even Ate It.”

Once we set to work, the pie came together very quickly. I showed the boys how to peel a aprium (or peach or apricot or tomato, for that matter) before Ben set to work chopped the fruit into thin slices. Thad is a prize-level pastry blender, so I often defer to him for creating the perfect pie crust texture. I myself stood back and watched the magic happen, soaking in how awesome it feels to truly make something with a group of loved ones. Everyone contributes, and everyone savors the finished product that much more. 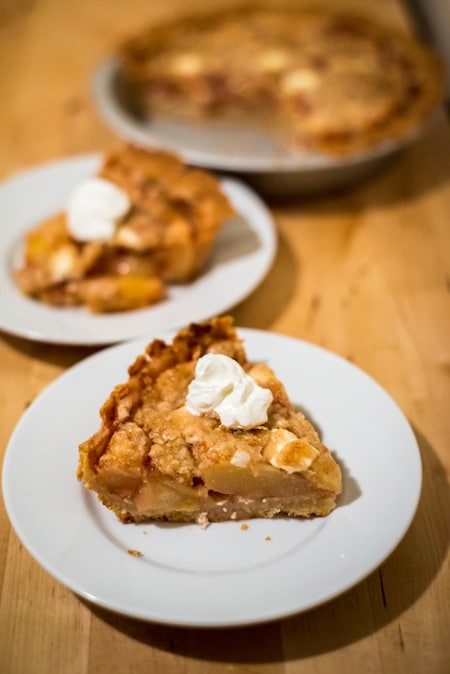 In the end, our aprium pie was perfect. The flavors bloomed together in a sweet/tart/spicy harmony, hitting a high note just a seconds after the first bite. This was one of those desserts that deepened in intensity with every taste, leaving the eater scrambling for a second piece immediately after the first.

It was well worth every mile we covered that day. :) 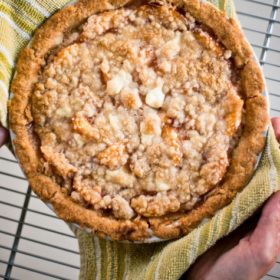 For the pie filling

Make the crust (adapted from Joy the Baker):

Make the filling and construct the pie (adapted from Smitten Kitchen):