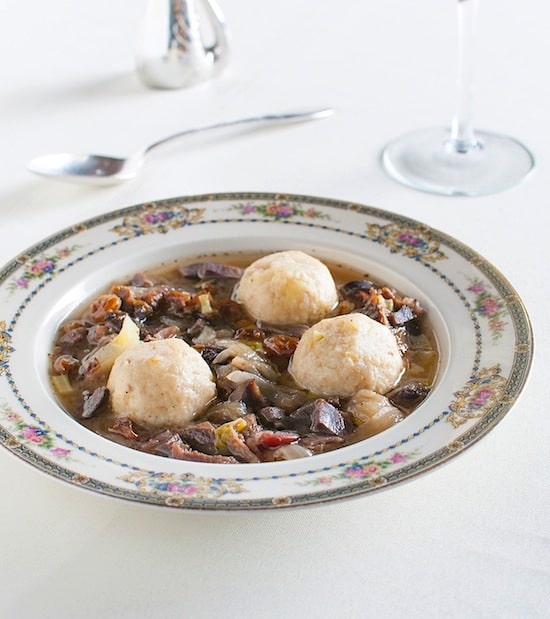 Yesterday I did a review of Hank Shaw and Holly Heyser’s new cookbook, Duck, Duck, Goose: The Ultimate Guide to Cooking Waterfowl, Both Farmed and Wild, along with a grill-made crispy roast duck recipe. Given it’s the the perfect season for enjoying ducks and geese at the dinner table, I thought that I’d treat you to a special interview with the hunter, angler, gardener, cook himself. Below, Hank shares some practical advice on how to buy, cook, and enjoy ducks and geese, and why you might consider them a worthwhile addition to your holiday table. He also leaves us with a recipe for German Ganseklein, a meaty European soup that warms your chilly core with winter spices.
The Culinary Life: What are the practical differences between store-bought ducks, geese, chicken, and turkey?

Hank Shaw: They are as different from each other as apples, pears, oranges and lemons. Ducks and geese are in the same family, as are chickens and turkey. But in addition to sheer size — geese and turkeys are often twice the size of ducks and chickens — the larger birds are older and have a more varied diet than the smaller birds. All can be raised in factory farms except geese. Geese need to range free and largely eat grass; attempts to factory farm them have all failed. This is why a goose A) tastes a lot like grassfed beef and B) is expensive. It’s harder to raise geese than any of the other three birds you mention.

Meatwise, ducks and geese are 100% dark meat. This is because their wild cousins fly thousands of miles in migration, and fly every day as a matter of course. Gallinules, which include chickens, turkeys, quail and pheasants, are running birds. They will run rather than fly. This means their breast meat is white — for explosive flying just to get away from predators — and their legs are darker meat, because they wander around on foot all the time, where waterfowl prefer to fly. 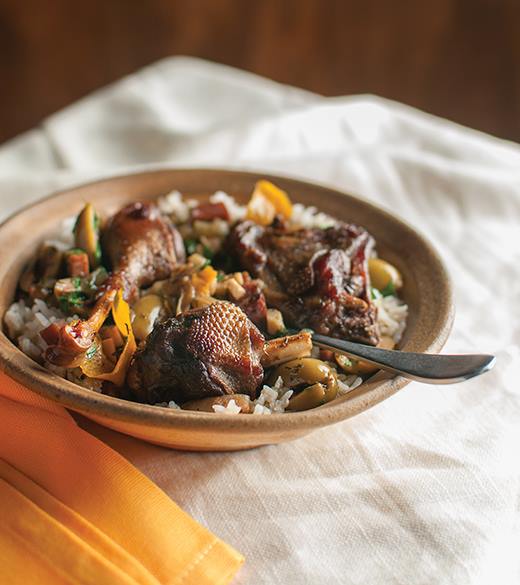 – All photos copyright and courtesy of Holly Heyser –
TCL: Will the average person be able to find duck or goose at their local grocery store or butcher? What should they look for?
HS: Absolutely. I’ve seen frozen ducks and geese even in small, rural supermarkets. If you can find fresh birds, buy them. The meat will be juicier and firmer. Freezing can cause cell damage that can make the meat drier when it’s cooked. If you can find Muscovy ducks or Moulard ducks, I prefer these to the standard Pekin duck, which has a poor meat-to-fat ratio in my opinion. Any butcher shop can order you either.
TCL: Why should folks consider ducks or geese over turkey for the holidays?
HS: For a change of pace, for tradition — Christmas goose is a huge tradition in Europe — and for flavor. I find turkey boring, and while you might not want to switch it out for Thanksgiving for cultural reasons (although the Pilgrims ate geese and ducks at the first Thanksgiving; we’re not sure if they ate turkey.), give it a go for Christmas. 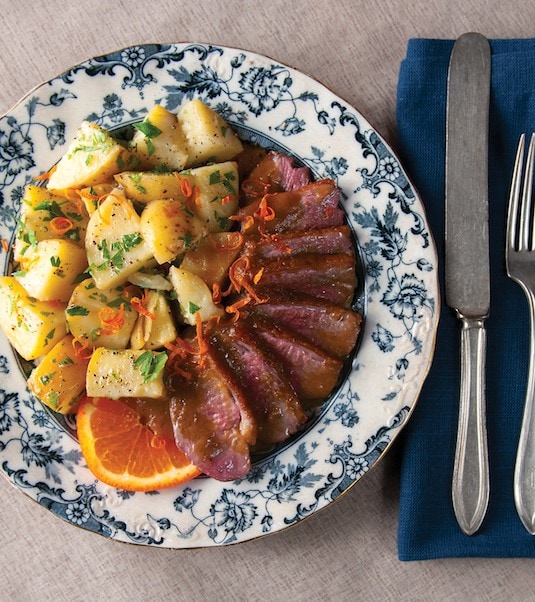 TCL: What’s your number one tip that will help a home cook prepare the most amazing duck of their life?
HS: Don’t get hung up on cooking the bird whole. Being red meat, think of ducks and geese more as beef than as poultry when you are in the kitchen. Breast meat really needs to be cooked just like your favorite steak, i.e., medium-rare, while the legs and wings need to be cooked slow, low and moist, just like brisket. Follow that rule and you will not fail.
TCL: From the cookbook, which is your favorite duck recipe for the holidays?
HS: Definitely German giblet soup, called ganseklein. I love this recipe because it uses every part of the goose, and geese are expensive so you want to get everything you can from them. You basically slow simmer the giblets and wingtips of the goose until the meat falls off, then chop everything and put it into the broth you just made, add dried fruit and warming spices, then a big glug of vinegar to balance the sweetness. Add a couple of German dumplings in the center and you have a holiday soup that might well be better than the roast goose itself!
Be sure to check out Duck, Duck, Goose: The Ultimate Guide to Cooking Waterfowl, Both Farmed and Wild, a cookbook for the duck lover in your family. You can find a full review of the book here, along with a recipe for crispy roasted duck. 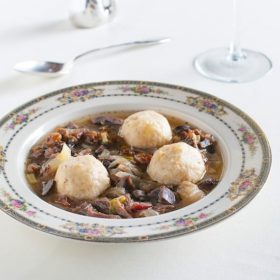 This ganseklein soup recipe uses every part of the goose, and geese are expensive so you want to get everything you can from them. You basically slow simmer the giblets and wingtips of the goose until the meat falls off, then chop everything and put it into the broth you just made, add dried fruit and warming spices, then a big glug of vinegar to balance the sweetness. Add a couple of German dumplings in the center and you have a holiday soup that might well be better than the roast goose itself! From Duck, Duck, Goose, by Hank Shaw.
0 from 0 votes
Print Pin
Course: Soup
Cuisine: German
Prep Time: 1 hour
Cook Time: 4 hours
Total Time: 5 hours
Servings: 6
Calories: 295kcal
Author: Hank Shaw 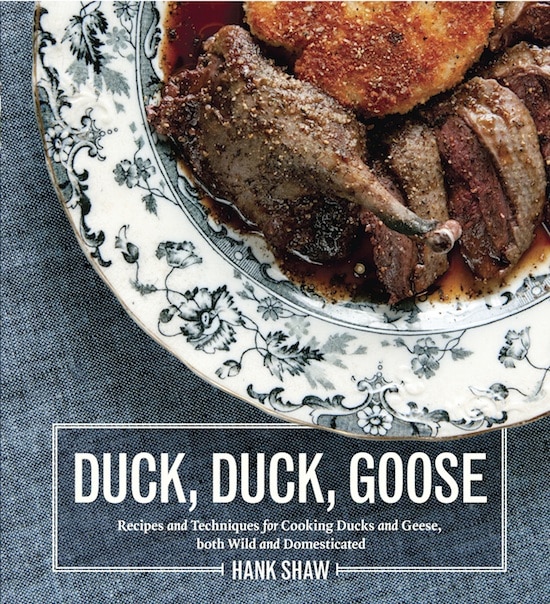