Are you looking for Pioneer Woman meatballs? Well, you’ve found them. Check these babies out: 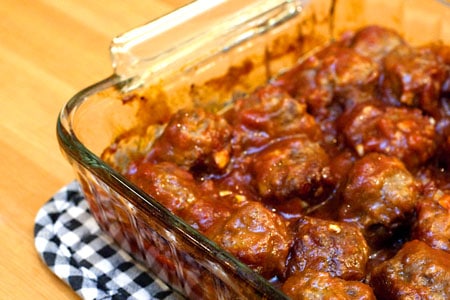 Food bloggers are a funny bunch. We like to get together and discuss our cat, waxing poetic about meatball recipes and who has the easiest banana bread on their site. A few weeks ago, I attended the Blogher Food ’09 conference with Ree Drummond as one of the speakers.

As she sat in her chair during one of the breaks, everyone stared across the room at this tall woman from Oklahoma. The conversation flitting around the room went something like this:

“There she is. Just sitting there. She’s not talking to anyone. Oh god! She’s one of those snobby, stuck up bloggers!”
“Do you think that’s her real hair color?”
“I’ve heard she’s nice…”
“How the hell did she have eight kids and stay that thin? Oh, four kids. Whatever. Still.”
“Oh my gosh! Look how tall she is!”
“Does she really cook with that seasoned salt stuff?”
“No, YOU go talk to her!” 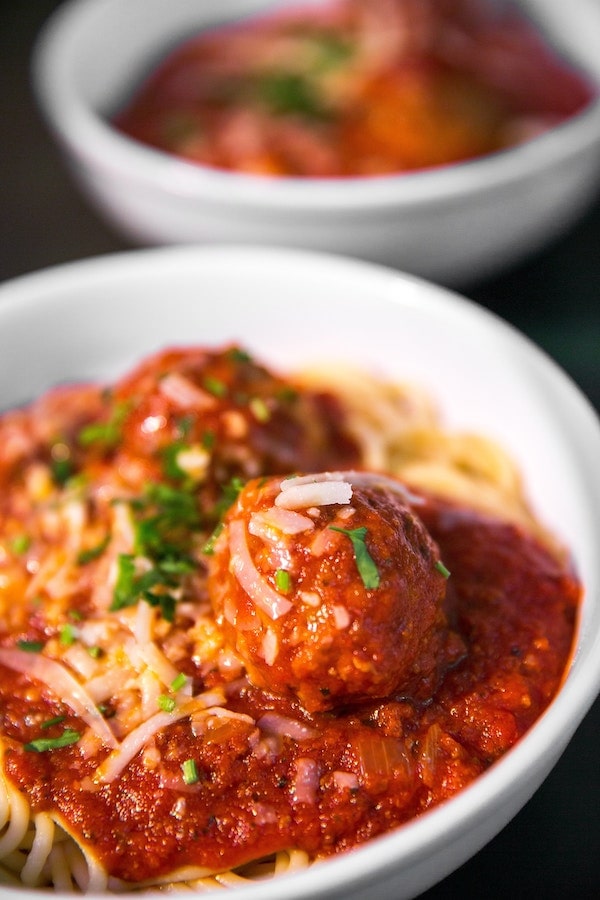 For some reason, people were really, really intimidated by this woman. I’d never met her, and I was endlessly amused by the insecure chatter around the room.

I think that the cattiest of these folks were just jealous, because without really trying, Ree had managed to curb the market on food blogging, beating out even our SF hometown heroes.

And she did it with delightfully unpretentious recipes like the one below — Pioneer Woman meatballs. 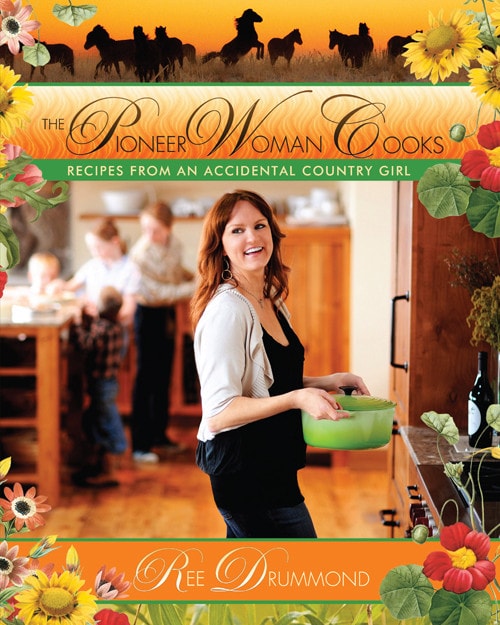 Why Pioneer Woman meatballs are so good

Ree’s blog gets over 13 million pageviews a month, according to the LA Times. Her site is split into several sub-sites, including pages on cooking, photography, and homeschooling, among others.

(The below Pioneer Woman meatballs are of course on her cooking site.)

How the hell did the Pioneer Woman gain such popularity in a world where everyone and their mom blogs? What is her magic formula?

Well, here’s the ticket – she doesn’t have one, and that’s precisely what makes her popular. 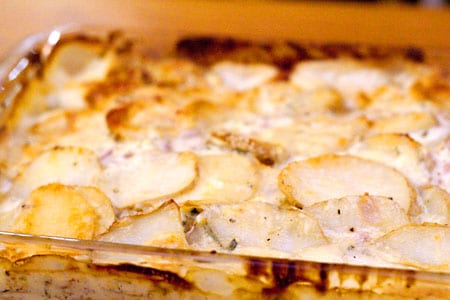 In a universe with an untold number of blogs, people are knocking themselves out trying to create a gimmick that will bring people to their sites.

It’s almost like walking down the street in the Red Light District, with hot women reaching out from every door way, wrapping their feathery scarves around the neck of anyone who passes by. “Come on in,” they breathe. “I’ve got what you want right here.”

People who read food blogs generally want to feel like they’re hanging out with their mom, their sister, or their lifelong BFF. Ree is all of these things.

Her food does the same thing; lacking the pretentiousness that many foodie blogs capitalize on, her recipes remind you of the stuff your mom used to make back in the 70s and 80s, when Lowry’s Seasoned Salt was all the rage and no one was afraid of butter yet.

(BTW, there is no seasoned salt in the Pioneer Woman meatballs. LOL!)

Some turn up their nose at the idea of putting ketchup in their meatballs, but not Ree. Her cookbooks says, “Hey, it’s food. And it tastes good, so eat it.” Her book also says, “I like cowboys because they have damn fine asses.

If you want to get fancy, you can always make your own ketchup from scratch, which is SUPER easy.

Well, alrighty then. I can’t really argue with that.

Her recipes are so down-home while still hinting at an LA food-scene past that you can’t really resist them. I made three recipes – Huevos Hyacinth on page 70, Comfort Pioneer Woman Meatballs on page 172 and the Creamy Rosemary Potatoes on page 204.

All were simple dishes that packed a lot of flavor, though this flour-heavy book might be tough to stomach for those of the gluten-free persuasion. That said, I’m thinking most of the stuff here would be simple to de-glutenize with a decent flour mix.

Check out these meatballs, even mixed into some perfectly cooked pasta: 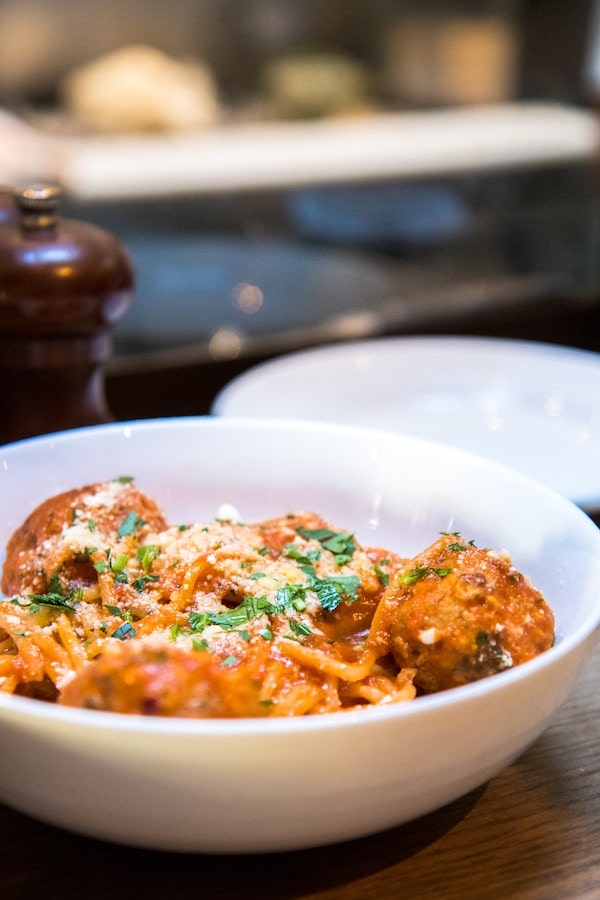 When it comes down to it, I love Ree’s book because it’s fun, chatty, colorful and stands out against today’s market of books that detail uppity global cuisine.

Her cookbook pays homage to a dying breed: collections of American recipes that our mothers would have bought 20 years ago and actually made.

And by the way, I did finally meet Ree. After the conference Jaden, Elise and Ree threw a big crazy party, and Arnold and I ended up hiding from the crowds out on the patio.

Out came the Pioneer Woman herself, who apparently doesn’t like crowds either. We sat outside, talking blogging for a while and then someone whisked her away.

All those catty biddies squawked for no reason – Ree was super nice and down to earth. Just like her cookbook. 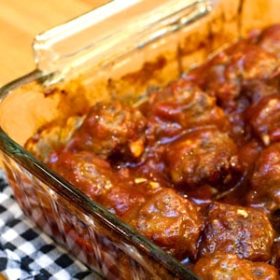