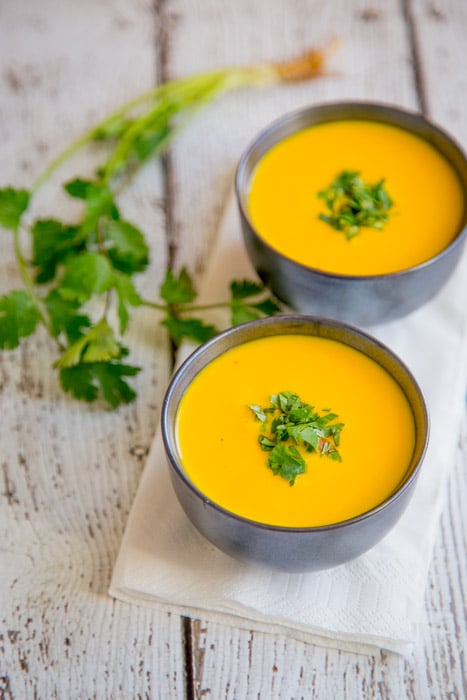 The original tagline for this blog, when I started it all those years ago, was “When all else fails, cook.” I was very, very ill at the time, up to my cheekbones* in an autoimmune disorder that was threatening to take me out once and for all. Back then, I cooked as a form of self preservation. It was a sanity-saving measure that distracted me from everything else that was going on. When things go wonky in life something drags me to the kitchen, even if I have no energy and the lethargy is thick enough to wear like a scratchy, overbearing wool scarf. It’s incredibly satisfying to rewire the badness, shaping whatever dark momentum has swept me away into something positive: creation. Kind of like telling myself that I’m not stressed out, I’m excited! See, brain? That pulse-pulse-pulse in my temples is a good thing.

It might not be perfect, but it’s my coping mechanism of choice.

Taking care of a brother with Unknown Psychosis (I’m calling it UP for short) has been so, so hard. He’s got the support of half of our family, and the rest seems to have vanished into the folds of this god-awful dust storm. Finding an anchor has been challenging — to say the very least — and a lot of the support system I thought was in place has dissolved. I guess I understand; this is a difficult time and no one wants their life in upheaval. But for every person that backs away, hands up in a protective stance, it doubles the load on the rest of us who are intent on not going anywhere. Or rather, the one person who is intent on not going anywhere (which would be me). I’m over-the-moon grateful for the friends of mine who call me to see how I’m doing, ask about my brother, and just generally insert themselves in my life when they feel me withdrawing into my dark little den of leave me the hell alone, I’m never coming out. Thank you, thank you, thank you for your support. 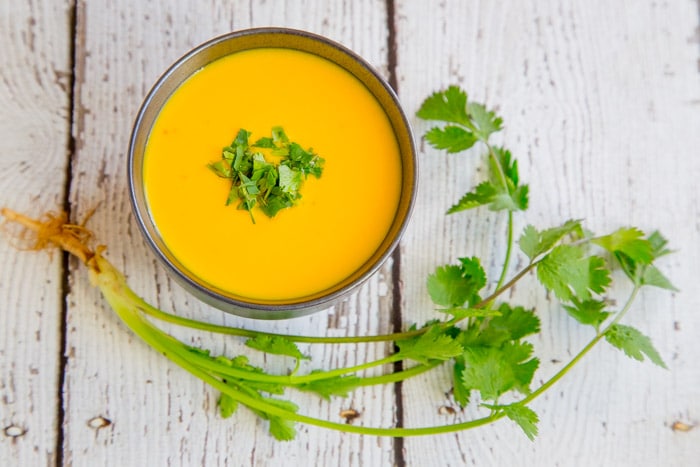 For a while we were putting my brother up in cheap motels. Not because we don’t want him living with us. No, it’s not really that at all. The nature of his UP is that he believes he is under attack by unseen forces, which makes him prone to tirades; black, swelling clouds of anger and terror that engulf everything within a thousand foot radius. Unfortunately, the blast zone is larger than the average city apartment – meaning that neighbors and landlords have a say in the matter. We’ve exhausted all of our own living situations as places for him to stay, and for a while it was a game of musical rooms as we shuffle him from motel to motel, trying to dream up a permanent solution. We were lucky to have worked with a handful of understanding motel managers, but no matter the level of patience they lend us, these places must also care for their other patrons, folks who don’t appreciate the knocking on imaginary doors and late night cries for help. It’s fine. We totally understand why they ask him to leave. What can you do?

It would be much easier if we could just bring him home, but that’s just not a possibility. And he doesn’t want that, either. He gets agitated when he’s in the presence of other people for too long. He demands his alone time, but he’s also dripping with a profound loneliness that touches us every time we see him. “When are you coming back? How long will you stay? Do you promise you’ll come back? You swear? Ok, good. Right now isn’t a good time. I need you to go. I can’t tell you why. I love you.”

And the door closes.

It’s times like these I need simplicity: simple foods, simple nutrition, simple pleasures. I’m done with draining activities for the foreseeable future, and as much as I love cooking, for me it can be a full-contact sport. Around the time my brother got sick, I discovered a fun little series of cookbooks called ShortStack Editions. These diminutive paperbacks – only about 50 pages each – are full of straightforward, one-page recipes that deliver big flavor without a huge energy investment. I bought a few on a whim, and fell in love.

Each little book is written by a different celebrated food writer. There are six editions as of this writing, and I’ve bought them all. I adore these little books because they are the epitome of simplicity — they only take five minutes to flip through, and most of the recipes require less than half an hour to prepare. I’m most impressed by the fact that the editors were able to uphold such a creative standard, even within the confines of the small format they’ve chosen. I’ve made several recipes from several of the editions and I have yet to be disappointed.

The recipe below, for a Thai coconut milk soup with sweet potatoes, can be found in the Sweet Potatoes edition by Scott Hocker. This soup is both luxurious and comforting, for those times when your heart and body need tending. It’s a smooth-blended soup with a touch of spice and velvety texture that can only be found in coconut milk, celebrating the parade of flavors that Thai food strives for: sweet, salty, tart, and sour. They’re all here, dancing joyfully.

* Can I just chuckle at the fact that I typed out the word “cheesebones?” 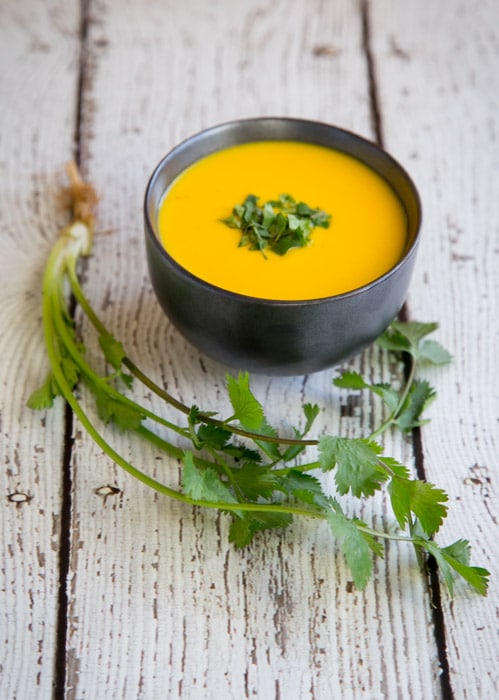 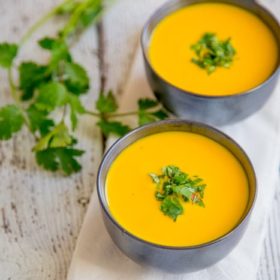 The recipe below, for a Thai coconut milk soup with sweet potatoes, can be found in the Sweet Potatoes edition by Scott Hocker. This soup is both luxurious and comforting, for those times when your heart and body need tending. It's a smooth-blended soup with a touch of spice and velvety texture that can only be found in coconut milk, celebrating the parade of flavors that Thai food strives for: sweet, salty, tart, and sour. They're all here, dancing joyfully. Cilantro roots (which you can see in the images in this post) can be found at farmers markets and Asian groceries, but if you can't find them, substitute 1/3 cup coarsely-chopped cilantro stems.
0 from 0 votes
Print Pin
Course: Soup
Cuisine: Thai
Prep Time: 10 minutes
Cook Time: 15 minutes
Total Time: 25 minutes
Servings: 4
Calories: 299kcal
Author: Scott Hocker