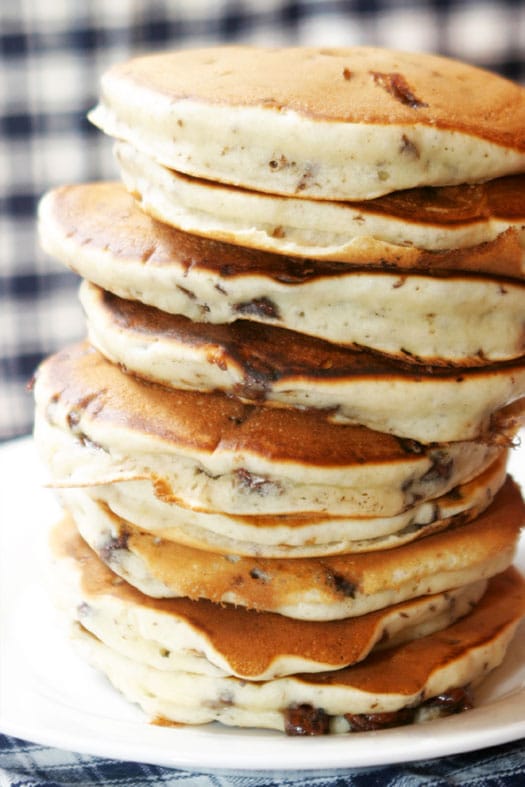 Many years ago, when I was married, I started attending couples therapy with my then-husband. We had all sorts of stuff to sort out, which actually meant that we, as individuals, had our own private hurts and fears to deal with. I think that a lot of people misunderstand the point of couples therapy; while it can and does help you with communication and dealing with each other on a personal level, make no mistake that you’re doing more self-work than anything else. Because if you’re bringing a world of unresolved hurt to the table, guess what sort of energy you’ll be contributing to your marriage?
So after a few months (ok, many months – I can be a little slow when I don’t want to see something) it became painfully evident that I had a boatload of issues I needed to work on, for myself, outside of any relationships or other present outside circumstances. My therapist introduced this entire new concept of “sitting with the sadness.” And for a long time I thought it was a load of horses shit.

Me: I’m angry!
Paul the Therapist: How do you really feel?
Me: MAD!
Paul: Ok. But how do you really feel, underneath all that?
Me: Mad?
Paul: Really? That’s it?
Me: YES! I’M MAD! PISSED THE HELL OFF! WATCH ME PUNCH MYSELF IN THE FACE REPEATEDLY AND BURST INTO TEARS!
Paul: Ok then, let’s work on that.

Yes, it’s a pretty unattractive picture of myself. It’s a squirrely, Steadman-esque drawing of me resisting looking at what’s really going on, even though I’ve clearly realized he’s touched on something under the surface. It’s easier to stay in anger, which makes me feel strong and in control. I’m really, really good at MAD. I could win three-foot-tall chrome-plated awards in the anger department, and then happily beat someone to death with them.

This idea of identifying sadness — and worse, sitting with it — is terrifying for anyone who’s had a painful past. We develop armoring strategies to avoid feeling pain, to avoid its burning gaze, to turn our heads and pray there’s something else we can concentrate on. We learn this at an early age, and the behavior cements itself as a default coping mechanism. And all that garbage piles up, turning into behavioral issues, the inability to connect, and chronic health problems. Basically, unhappiness in all its oozing, burninating glory.

It took a few years, but I made progress.

Me: I’m angry!
Paul the Therapist: How do you really feel?
Me: MAD! Er… sad?
Paul: Why do you feel sad?
Me: I don’t know.
Paul: ::not talking, contributing nothing but that obnoxious encouraging look therapists get when they want you to realize on your own that you’re sitting in an emotional dirty diaper::
Me: (whining) I don’t knooooooooooow……
Paul: Ok then, let’s work on that.

Eventually I became more comfortable with the idea of acknowledging the hurt, of identifying it. But it took me years longer to be willing to sit with the pain, which is the emotional equivalent of holding a hot poker to your eyeball. Your instinct is to run away, to bite and kick and scream to escape the pain, which scrapes at your senses while your insides cry, “WHYYYYYYYYYYYYYYYYYYYYYYYYY.” There’s not even a question mark at the end of that plaintive whine, because you know it’s not a question. It’s the truth scraping its gouging claws up through your soul from whichever dark hiding spot you’ve chosen to stash it. There’s no question about it.

So when someone tells you to just sit there and accept the sensation of that festering emotional boil of long-buried  hurt, well… let’s just say my first thought were, “Are you f**king crazy??”

With Paul’s help, I eventually convinced myself to do the work and get over that fear, realizing that it wasn’t where I wanted to live my life. Avoiding pain had become a big part of who I was, coloring every single aspect of, well, everything. Anger, constipated thinking, close-mindedness, defensiveness, chronic illness. They’re little bastards, but they’re all HUGE GLARING SIGNPOSTS telling you where you need to go. I’d just gotten really good at ignoring them.

Now I’m at the point where I’m learning to lean into the pain. The thing about leaning in is that once you’ve allowed yourself to see the hurt, and then sit with it, it’s not nearly as bad in your rearview mirror as it was living with it in every present moment. Perhaps it’s like that amnesia mothers get after going through labor. “It wasn’t so bad. Of course I’d do it again.” And in the end it is worth it, because coming out the other side of something like that is not only liberating, it gives you something awesome to hold and say, “Holy shmoly! I did that! I survived! And the results were totally worth walking through that firestorm!”

Me: I’m angry! And I guess I’m sad, too. When I was a kid, my mom used to call me “surly little shrew” whenever I was having a hard time, and that really blah blah blah blah………..
Paul: Hey, I think we’re ten minutes over our time.

After coming to terms with the sensation of your own personal pain, leaning into the hurt is nowhere near as scary. It’s that rude neighbor that comes knocking at 6am because your trash cans are three inches into their driveway; you don’t like them and you may want to answer the door with an early morning flamethrower, but you don’t because they’re just one small, unfortunate blip in your circumstances as a human in this reality. There will be bad neighbors, and there will be hurts. There’s no avoiding them, there’s only dealing with them.
—
Life is a minefield. There’s no way around it. When the going gets tough, don’t curl up in the fetal position and do your best boulder impression. Stand up, accept your circumstances, try to bend like the reed. You’ll most certainly make mistakes, but guess what? You’re human.

During those time when life treats you like a human beach ball at a Slayer concert, be kind to yourself. Take a bath. Get a massage. Make pancakes.
There’s not a lot I won’t do for pancakes. There are few simple pleasures I adore more than waking up on a day off, walking down to my local brunch place, ordering a ginormous mountain of pancakes, and burying my face in the pile. I may only be 5’4″ and 106 pounds, but I’m no short stack girl. I can easily put away four or five generous flapjacks.

While I love regular old pancakes, I’ve been branching out a little more, trying to expand my horizons. This soufflé pancake recipe has been my go-to recipe when I don’t want the standard buttermilk pancakes that I grew up on, and these granola pancakes are at the top of my list, too. This week, I decided to bump up a classic: blueberry pancakes. The addition of chopped pecans adds a satisfying crunchy texture, not to mention a nuttiness that’s right at home on a cold winter morning. I’m all about adding protein to my diet where I can, and these are a perfect breakfast for when you’ve got a lot of physical activity ahead of you. They’ll keep you full and happy for a good few hours. Oh, and they’re delicious. 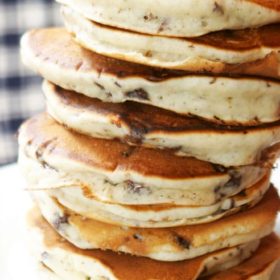