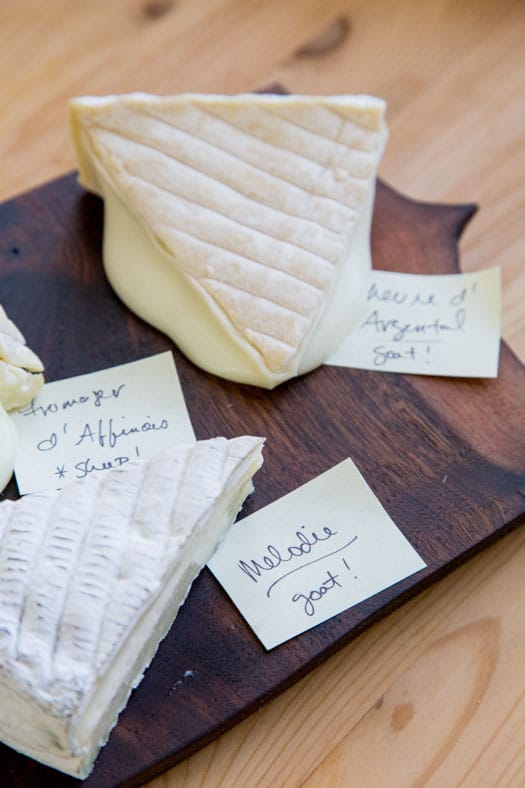 – An whimsical cheese plate for an epic new year. –

We’re about a week into the new year and I’m determined to make this The Year of Artisan Cheese (with this delightful book as my text). Americans spend a lot of time worrying about how their meat was raised, where their eggs came from, whether to not their veggies have an organic stamp of approval. But what about the cheese we eat? Folks spend so much money and effort making sure they’re eating high quality food, and then I watch them snack on cheap, processed cheese, cobbling together a cheese plate of generic deli slices. I’m not judging, I swear. Rather, I find the situation baffling. If you care where your meat, eggs, and vegetables come from, how does the cheese you eat not warrant a questioning glance?

Just like meat and vegetables, cheese can be produced cheaply, like the stuff you find sliced at a huge box store — or it can be hand-crafted locally, seasonally, and of high quality milks. Along with responsibly produced milk, cheese makes up another corner of the Unprocessed Food Triangle.

To kick off the new year, here’s a quirky little cheese plate, not one that many cheesemongers would sit together, but they work surprisingly well. Two sheep, two goats, all fun, all flavor. Here you’ll find grassy Chèvre d’ Argental; salty, creamy Fromager d’Affinois de Brebis; Little Miss Manners Melodie, who is wise beyond her years; and rich, bubbly Lamb Chopper, who’s always down for a party. 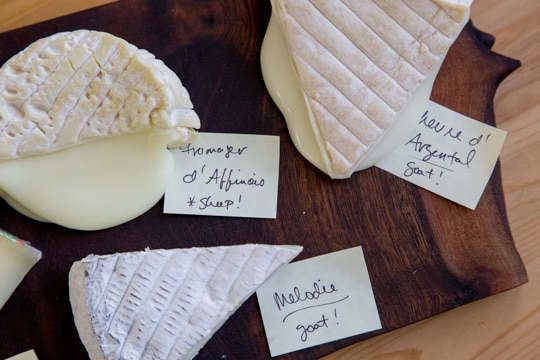 Chèvre d’ Argental – French, Goat
French goat’s milk bries are gaining a little more headway with American cheese lovers, and this particular breed is worth a look-see. Grassy with just a touch of funk, Chèvre d’ Argental isn’t your momma’s goat cheese. An example of pasteurized goat’s milk done right, here you’ll find just a touch of capricious tang, with this little beauty leaning more towards the meaty end of the flavor spectrum. Its unique hexagon-shape conceals a near-runny yet still compellingly thick texture that brings with it a luxurious mouthfeel.

For those that are willing to wait, this cheese ages into a lusciously oozy swath, a beloved brie texture that allows the bright grassy notes to bloom and play across your tongue like a baby goat in a field of hay bales. I implore you to ask for the oldest wedge your cheesemonger has in stock, and then allow it to rest, unharassed, on your counter for up to a week, until a gentle poke at the inner flesh through the wrapping yields no resistance whatsoever. Your patience will be rewarded, I promise. 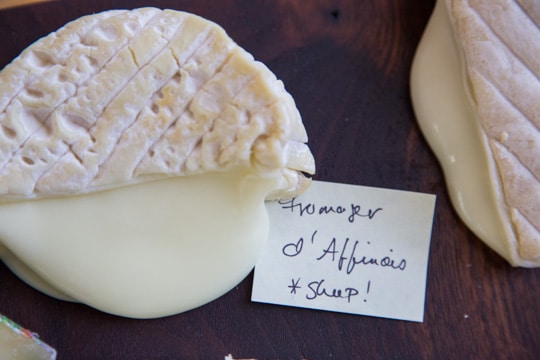 Fromager d’Affinois de Brebis – French, Sheep
Milder than its bovine cousin, the original Fromager d’Affinois, the full salty personality of Fromager de Brebis — brebis meaning “sheep” — is an incredible find for brine lovers. With each bite you’ll receive a full mouthful of lamby meatiness, rich and thick, further accented by an intoxicating saltiness that refuses to be ignored. A second later your senses are piqued by an unmistakable sweetness, a gentle, clean note of sweet cream sipped straight out of a jug on the breakfast table. The next nibble starts the party all over again; salty, meaty, sweet. It’s a ewe-driven symphony, thanks to our French friends at the Guilloteau creamery.

This is another cheese you’ll want to let relax on the counter for a few days. The longer you let it age at room temperature, the sweeter, meatier, and more complex it becomes. It’s said we perform better when we’re well rested, and this cheese is no different. 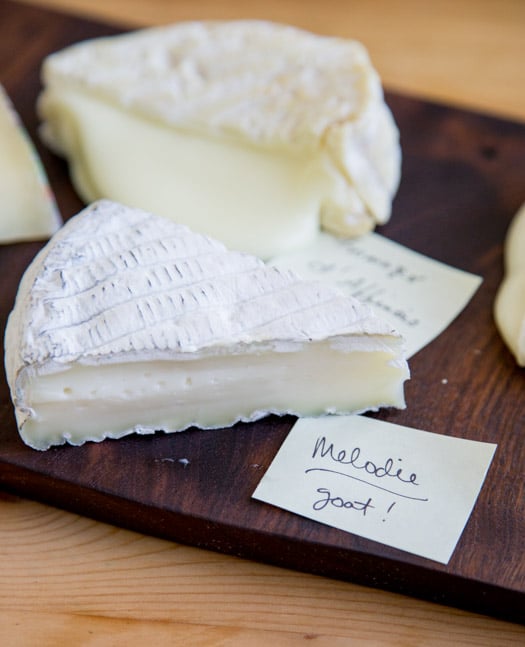 Melodie – American, Goat
Laura Chenel is long-known as a producer of high-quality goat’s milk cheeses, and Melodie is not an outlier in that regard. Too thick to be considered a brie, this semi-firm pillow of goat’s milk goodness is an exercise in restraint and poise. We all know goat cheese to be vivacious, but Melodie is the polite little girl at a party full of run-amok hooligans. While her goaty cousins hoot and holler around the room, Melodie is content to sit quietly with hands folded, her sweet, grassy notes glowing through her pale cheeks. Beneath her calm demeanor is a complexity that whispers deep dairy truth to those to care to listen. With a touch of flowery sweetness, you’ll not find any rambunctious behavior in this slightly-aged cheese. Rather, she’s content to sit on the verandah and listen to the wind blow, while you sip a superlative unoaked Chardonnay. 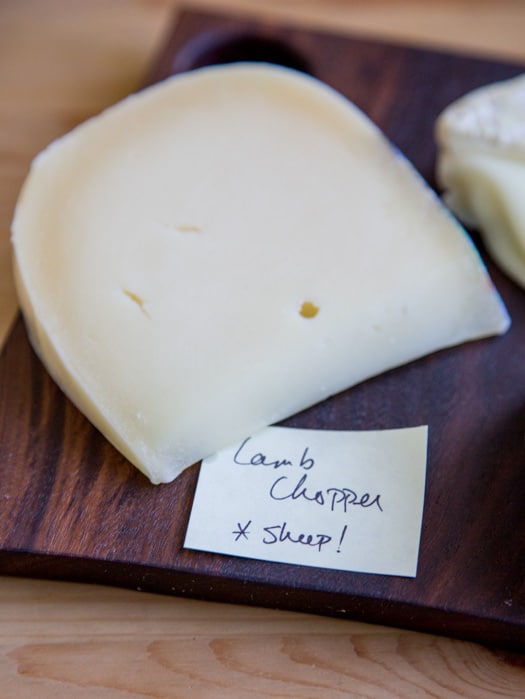 Lamb Chopper – American, Sheep
The most exuberant cheese in this selection, Lamb Chopper hales from Northern California, where the weather is brisk and damp, with green grasses that grow sweet and strong all year long. The animals that graze in this area are known for their grassy, fatty milk, which in turn is used to make some of the best cheeses in the state — which are all great additions to your cheese plate.

Lamb Chopper is a playful cheese, full and alive, bouncing from salty to tart to caramelly-sweet in the shake of a tail. It’s rich and grassy to be sure, a full, rolling example of all that sheep’s milk can be when handled carefully and aged gracefully. This firm cheese is best sliced over salted crackers and served along sweet, tart fruit: green grapes, Granny Smith apples, dried cranberries, or perhaps even pomegranate jam. I’ve served this cheese with Garrett’s kumquat and vanilla marmalade and let me tell you what an exquisite dream that was!